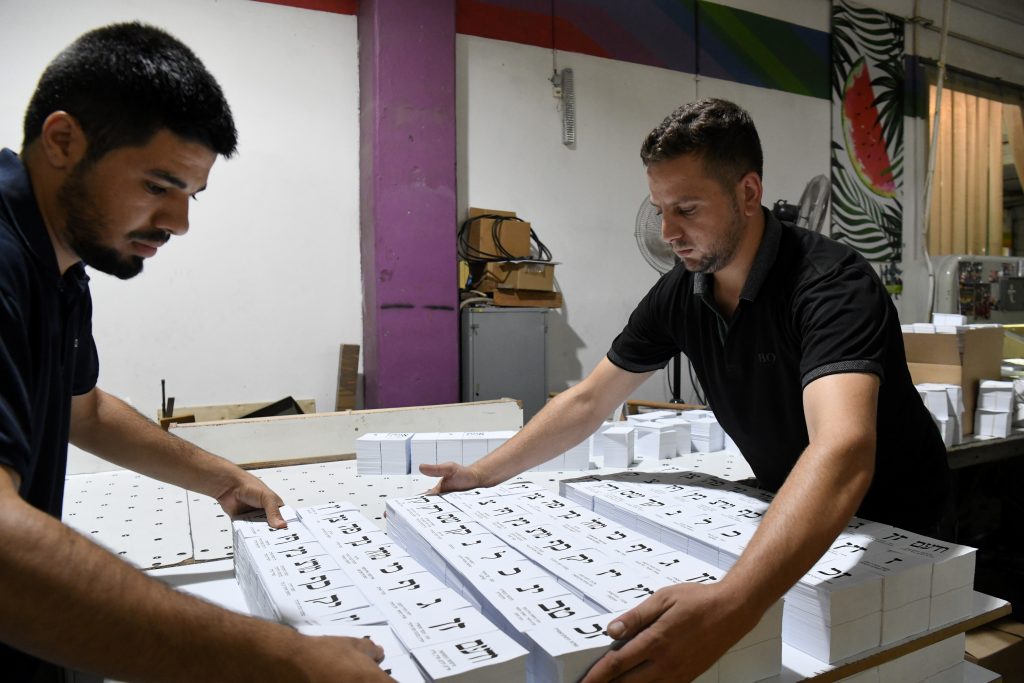 Just days remain for media outlets to publish polls, and a new one published in Yisrael Hayom Friday shows the right coalescing towards at least 60 seats in the new Knesset. Trends show the Likud and the right strengthening, and the Blue and White party losing momentum, the newspaper said.

The Likud would get 31 seats if elections were held today, one more than in the newspaper’s poll from last Friday. Blue and White, meanwhile, would get 30 seats, two fewer than in the previous poll. The Yemina party also loses two seats in the new poll, dropping from 10 to 8 – but those lost rightwing seats are restored and supplemented by the entry of Otzma Yehudit into the Knesset, with the poll showing the party passing the electoral threshold. A poll Thursday by the Knesset Channel also showed the party getting enough votes to merit Knesset representation.

With Otzma’s seats, Binyamin Netanyahu could count on 58 Knesset members as part of a government he will seek to form, taking into account the 8 seats United Torah Judaism and the 7 Shas would get. Blue and White’s Benny Gantz could count on ten votes from outside his party – 4 for the Democratic Camp, and 6 for Labor. The former lost two seats over the previous poll, when it got polled at 6 seats.

Yisrael Beytenu remains the wild card, with the Avigdor Liberman party polling at 11 seats, as does the United Arab List. While those two parties could join with Gantz to block a Likud-led government, they are unlikely to be able to help him establish his own government. Neither the UAL nor Blue and White are interested in working with other, according to numerous statements by respective party officials, and Liberman would be unlikely to join a government that included Chareidi or religious parties that Gantz would have to include in order to form a government – even if those parties were interested in working with Gantz.

Meanwhile, Netanyahu remains the people’s choice for Prime Minister, with the poll showing that he is the preferred leader by 40% of Israelis. Only 23% feel Gantz should form the government, but he is far ahead of the number three choice – Labor’s Amir Peretz, who is seen by just 4% of Israelis as prime ministerial material.