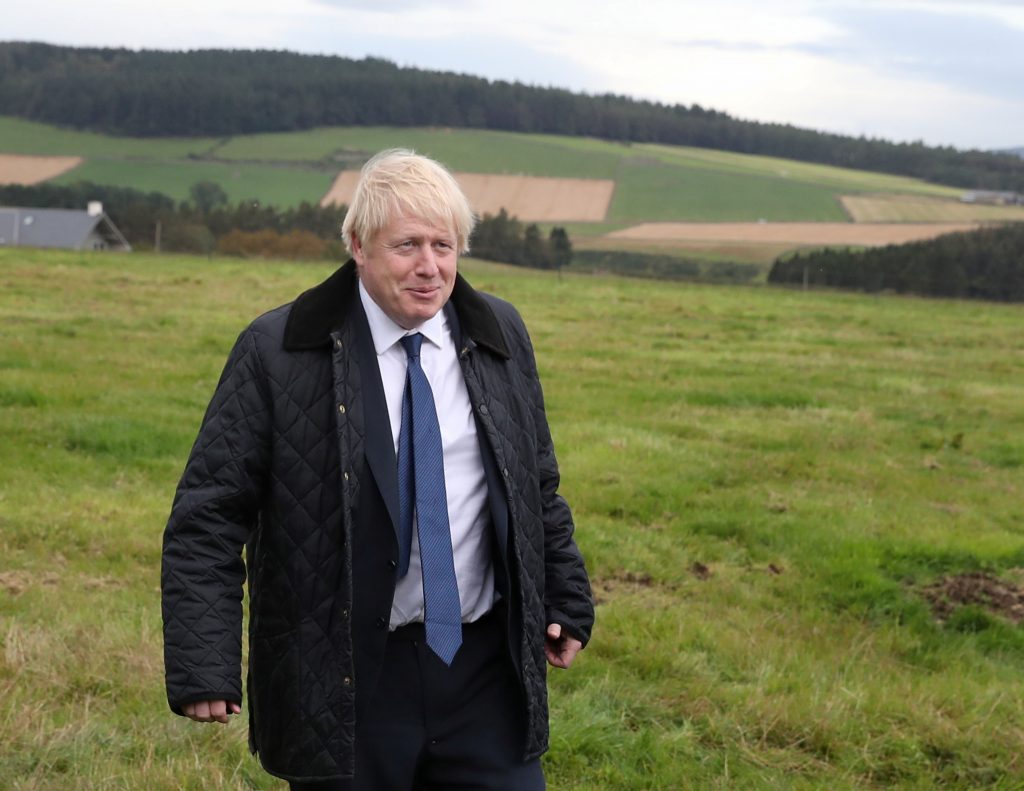 British opposition parties said on Friday that they would block Prime Minister Boris Johnson’s second bid to call an early general election in mid-October, setting up a showdown with the government over delaying Brexit.

Brexit remains up in the air more than three years after Britons voted to leave the EU in a 2016 referendum. Options range from a turbulent no-deal exit to abandoning the whole endeavor.

Johnson says he wants to take Britain out of the EU on Oct. 31 with or without a deal with the bloc. But he lost his Parliamentary majority this week and expelled 21 lawmakers from his ruling Conservative Party’s group in Parliament after they supported an opposition plan to try to bloc a no-deal exit.

Johnson says the only solution is a new election, which he wants to take place on Oct. 15, allowing him to win a new mandate with two weeks left to leave the bloc on time. He needs two-thirds of Parliament’s lawmakers to back an early election.

But opposition parties, including the Labour Party, said they would either vote against or abstain on calls for an election until the law to force Johnson to seek a Brexit delay is implemented. Johnson failed to win enough support in a vote on Wednesday for an election.

Labour leader Jeremy Corbyn held a call with other opposition leaders on Friday to discuss their plans.

“We will have that election when the time is right, but I will make you this promise: we are not going to have a long wait,” Ian Blackford, the leader in the British Parliament of the opposition Scottish National Party, told BBC, adding that his party would oppose it on Monday.

The opposition bill, which would force Johnson to seek a three-month Brexit delay, was approved by Parliament’s appointed upper chamber, the House of Lords, on Friday. Queen Elizabeth is expected to sign it into law on Monday.

Opposition lawmakers say they are wary of approving an election, which would mean Parliament would be dissolved. They want to ensure Parliament can still sit in October to ensure Johnson complies with the law requiring he delay Brexit.

Liz Saville Roberts, the leader of Welsh party Plaid Cymru’s British parliamentary group, told Sky News this meant an election would have to be after Oct. 31.

Johnson, a leader of the Leave campaign during the Brexit referendum who took office in July after Theresa May quit having failed three times to get a Brexit deal through Parliament, has said he would rather “die in a ditch” than delay Brexit.

He says he wants a deal with Brussels but would be willing to leave without one, and has cast the bill aiming to stop a no-deal Brexit as a surrender to the EU.

“I’ll go to Brussels, I’ll get a deal and we’ll make sure we come out on October 31. That’s what we’ve got to do,” Johnson said during a visit to a farm in Scotland.

When asked if he would resign if he could not deliver that, he said, “That is not a hypothesis I’m willing to contemplate.”

The expulsion of 21 Conservative lawmakers, many of them highly respected veterans including some who had been ministers only weeks before, has created a schism in the ruling party.

A number of others have announced they will quit Parliament at the next election, most damagingly Johnson’s younger brother Jo, an opponent of his hardline Brexit policy who resigned as a junior minister on Thursday, citing a conflict between family loyalty and the national interest.

Among the moves Johnson has made in recent weeks that his opponents say have tested Britain’s democratic norms, he will suspend Parliament for more than a month beginning next week.

England’s High Court rejected a legal challenge against that decision on Friday and a Scottish court rejected a similar challenge earlier this week. But the issue could be taken to the Supreme Court for a final appeal.

John Major, a former Conservative prime minister who supported the court challenge against suspending Parliament, said Brexit was a deceit that would undermine the United Kingdom’s standing and could even split it asunder.

“Brexit will reduce our global reach, not enhance it,” Major said. “Once outside Europe, we British will have little or no voice. We are not used to being outside the inner circles of decision-making – and we will hate it.”

Major said Johnson should fire Dominic Cummings, the advisor behind his high-stakes Brexit strategy whom Major cast as a “political anarchist.”