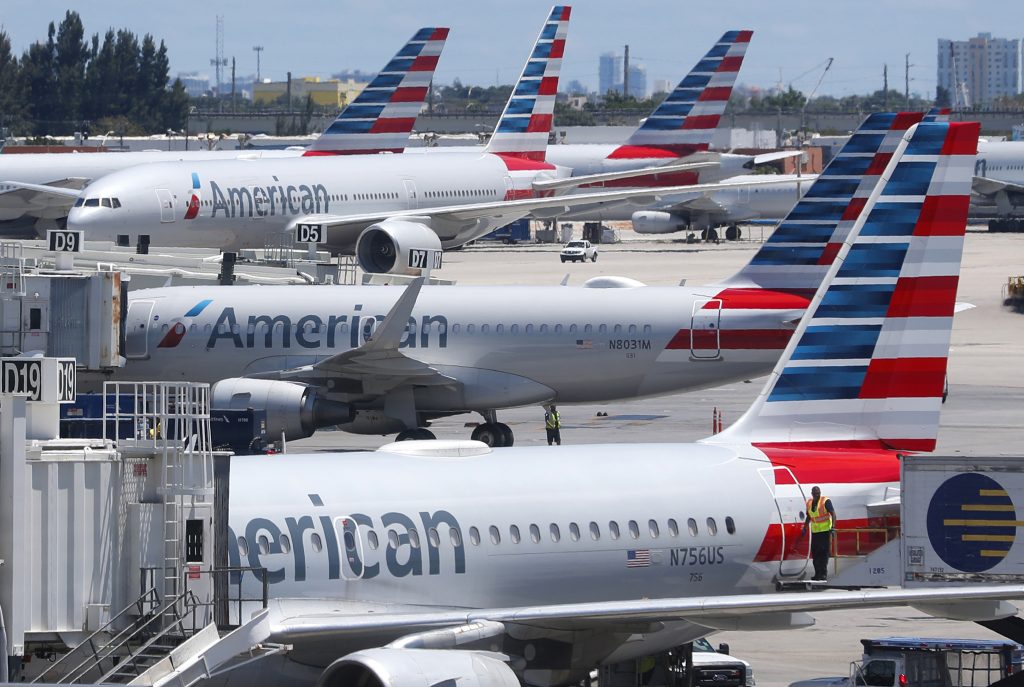 An American Airlines mechanic is accused of sabotaging a flight because he was upset about stalled contract negotiations and wanted to earn some overtime fixing the plane.

According to a criminal complaint affidavit filed in federal court in Miami, Abdul-Majeed Marouf Ahmed Alani admitted during an interview Thursday that he tampered with a navigation system on a plane before a July 17 flight.

Alani was scheduled to make his first court appearance on the charge Friday afternoon. He was charged with willfully damaging or disabling an aircraft. The 60-year-old had worked for American since 1988 but was suspended after his arrest.

The incident occurred before an American jet was scheduled to fly from Miami to Nassau in the Bahamas with 150 people on board. As the pilots powered up the plane at Miami International Airport, they saw an error message for a system that tracks speed, nose direction and other critical flight information and aborted the takeoff.

When mechanics examined the plane, they found a piece of foam glued inside a navigation system part called an air data module. Video from an American Airlines surveillance camera captured a person who drove up to the plane, got out and spent seven minutes working around the compartment containing the navigation system, according to the affidavit.

The person was later identified by co-workers as Alani, in part by his distinctive limp, the affidavit said.

Aviation experts said it was unlikely that Alani’s actions would put passengers at risk. Modern jets have several devices called pitot tubes and computers that process information about speed, heading, nose angle, altitude and other information. They also have systems that warn pilots when the information may be faulty — as apparently happened on the Miami plane.

John Hansman, an aeronautics professor at MIT, said pilots would notice the absence of an airspeed reading or conflicting readings and abort the takeoff, as they did on the July 17 flight.

“There are other ways to mess with the air data computer which are more subtle,” Hansman said. “Then you would not have seen the problem until you get into flight.”

Pitot tubes can be disabled by bird strikes or blocked by ice or even insects. Some accidents have resulted.

Nothing in the criminal complaint against Alani suggested any link to terrorism, and prosecutors did not indicate that any such charges are pending. The U.S. Attorney’s Office in Miami declined to comment.

One of the unions representing American’s mechanics distanced itself from Alani.

“The Transport Workers Union is shocked by the reported allegations of airplane sabotage by an employee,” TWU President John Samuelsen said in a statement. “If these allegations of sabotage are true, they are outrageous and indefensible, and we fully condemn such actions.”

When interviewed Thursday by investigators, “Alani stated that his intention was not to cause harm to the aircraft or its passengers,” according to the affidavit by Jose A. Ruiz, a federal air marshal who serves on an FBI terrorism task force.

Alani explained that stalled contract negotiations between American Airlines and the mechanics’ unions were hurting him financially, and he tampered with the plane “to cause a delay or have the flight cancelled in anticipation of obtaining overtime work,” Ruiz wrote.

American has accused mechanics of an illegal work slowdown that has led to hundreds of canceled flights in recent months. The airline successfully sued two unions that represent the workers. This week, both sides announced that they will resume negotiations Sept. 16 in Washington, with help from a federal mediator. The mechanics’ unions have been trying to secure a new contract for more than three years.

In a statement, American Airlines said it cooperated fully with the investigation “and we are taking this matter very seriously.” The Fort Worth, Texas-based airline said the plane was taken out of service after the July incident and repaired and inspected before it was allowed to fly again.