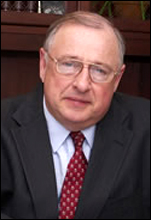 The Democrat-led Senate Select Committee on Economic Growth Strategies held its second meeting in the statehouse annex Thursday and heard from a half-dozen tax incentive experts. The hearings come after the state’s business tax incentives, which were enacted in 2013, expired earlier this summer.

They also come as Democratic Gov. Phil Murphy’s administration puts tax credits under the microscope. Murphy earlier this year commissioned a comptroller’s report that showed the agency overseeing tax credits did not always know whether businesses were meeting required thresholds to get credits. That also led Murphy to establish a task force, whose work led to a report in June showing special interests had helped author the 2013 tax credit law.

TJ Bartik, a senior economist at the Upjohn Institute for Employment Research, says New Jersey should consider halving its awards, along with implementing strong claw-back provisions, as well as awarding incentives upfront rather than over a long period.

He also pointed to programs in other states, including Oregon, where awards are given as loans and then forgiven if the jobs thresholds are met or maintained.

New Jersey’s awards amounted to about $66,000 per job, according to Democratic state Sen. Bob Smith, who chairs the committee.

The committee also heard from Josh Goodman, a senior officer at Pew Charitable Trusts, who pointed to capped awards, which could allow for easier budgeting and planning.

That aligns with a key part of Murphy’s proposal, which has called for capping how much the state awards.

Lawmakers at initially balked at the notion, but Smith said after the hearing that some type of “flexible” cap, which would entail allowing the Legislature and governor to permit certain firms to go beyond the limit if certain conditions are met, could work.

Jackson Brainerd, a policy specialist with the National Conference of State Legislatures, cautioned lawmakers and responded to a frequent opinion from the chamber of commerce and other business groups: that tax incentives are necessary to make New Jersey competitive with other stats.

“There is no evidence that the number of economic development tax incentives offered bears any relation to the broader performance of a state’s economy,” Brainerd said.

Smith gave some credence to worries raised by business groups.

“There’s a lot of concern out there that we really need to get the program back up,” Smith said. “If we’re going to do it we should do it sooner rather than later.”