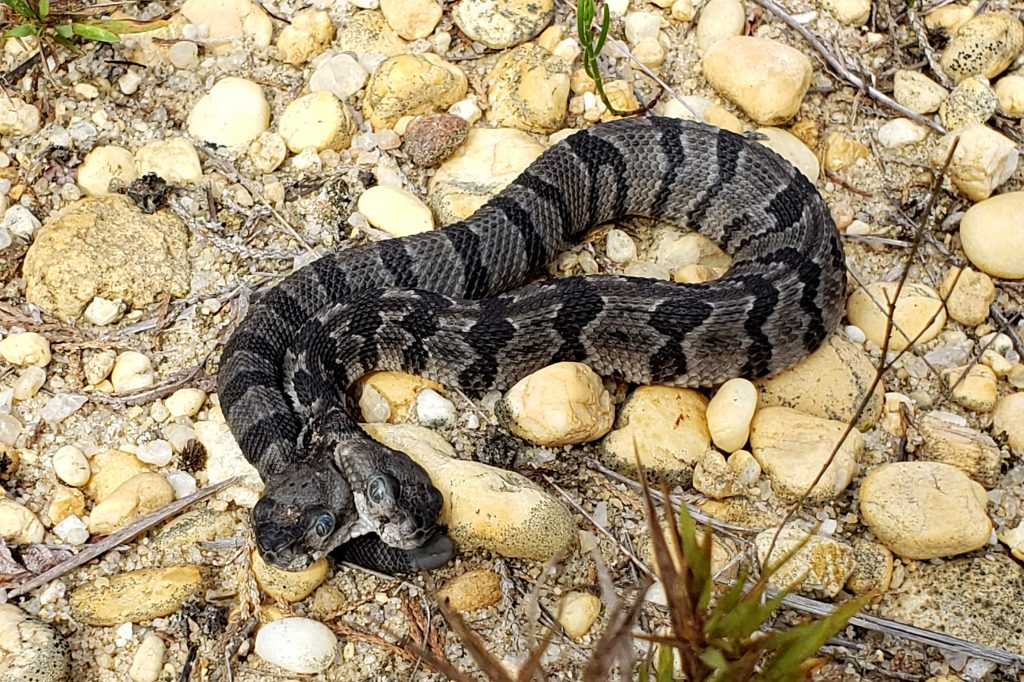 A newborn two-headed timber rattlesnake has been found in New Jersey’s Pine Barrens. Herpetological Associates of Burlington County CEO Bob Zappalorti says the snake has two brains and each head acts independently of the other.

Two employees at the organization spotted the reptile in a nest where a timber rattlesnake was giving birth late last month.

Zappalorti tells NJ Advance Media it’s the only two-headed timber rattlesnake ever found in New Jersey. He says it likely wouldn’t be able to survive in the wild because its heads could get snagged on something.

Herpetological Associates will care for the snake.