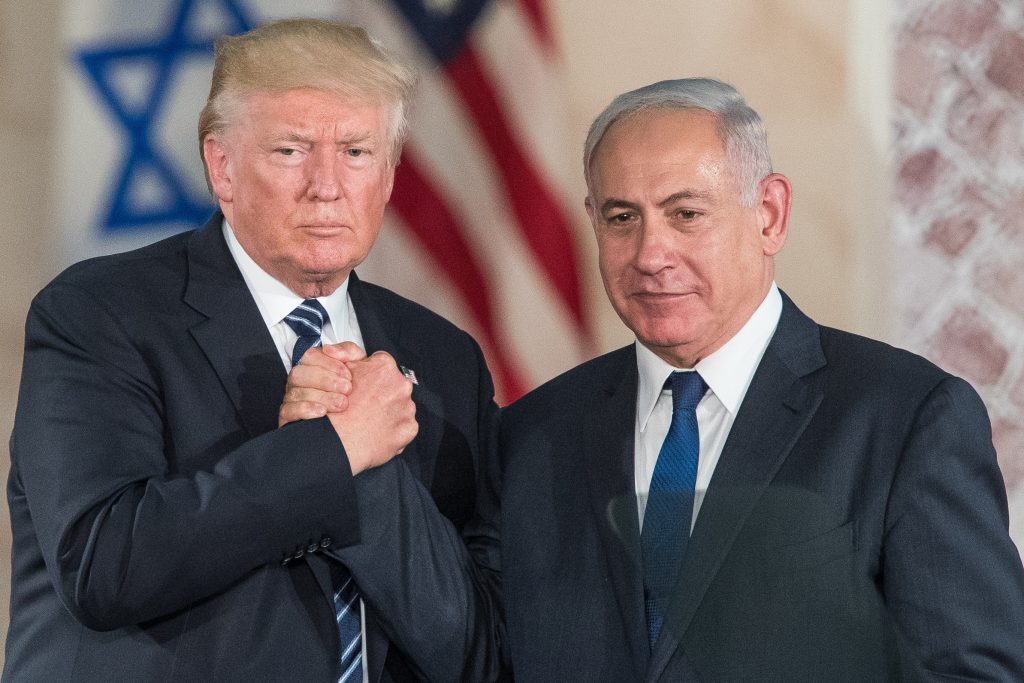 Israeli Prime Minister Binyamin Netanyahu urged world powers on Thursday not to open a dialogue with Iran, after President Donald Trump said he may meet his Iranian counterpart to resolve a crisis over Tehran’s nuclear project and sanctions against it.

“This is not the time to hold talks with Iran. This is the time to increase the pressure on Iran,” Netanyahu told reporters on a trip to London, where he was hosted by British Prime Minister Boris Johnson and was later scheduled to confer with U.S. Defense Secretary Mark Esper.

Netanyahu’s comments marked rare public discord between the Israeli leader and Trump on the Iranian nuclear issue. Netanyahu had previously counselled France against its own outreach to Iran.

However, Netanyahu acknowledged that a Trump-Rouhani meeting could happen despite his misgivings. “The possibility of a meeting between Trump and Rouhani exists,” he told reporters after meeting with the British premier. “I don’t tell the president who to meet.”

But, he added, in that event, he was “certain the president will bring a tougher and more sober approach [to such an interaction] than what we have previously seen,” The Times of Israel quoted him as saying.

On Wednesday, Trump left the door open to a possible meeting with Iranian President Hassan Rouhani at the upcoming U.N. General Assembly in New York, saying: “Anything’s possible. They would like to be able to solve their problem.”

Tehran has rejected any negotiations with Washington unless Trump drops sanctions he imposed after quitting the 2015 Iranian nuclear deal, an agreement Netanyahu had savaged as inadequate.

Iran has said that, starting on Friday, it would begin developing centrifuges to speed up the enrichment of uranium, which can produce fuel for power plants or for atomic bombs. The Iranians deny seeking nuclear weapons.

The centrifuge move would be Iran’s latest reduction of its commitments to restrict nuclear projects under the 2015 deal.

Netanyahu called this “another violation, another provocation by Iran, this time in the realm of its quest for nuclear weaponry”.

Meeting Johnson at 10 Downing Street, Netanyahu praised the politically embattled British leader for his “staunch stance against anti-Semitism and … support for Israel’s security.”

A Downing Street spokesperson later said the two leaders “agreed on the need to prevent Iran getting a nuclear weapon and stop wider destabilizing Iranian behavior,” while Johnson “stressed the need for dialogue and a diplomatic solution.”

Israeli Foreign Minister Yisrael Katz told Ynet that Netanyahu and Esper would discuss “everything that happens in the space between Syria, Lebanon, Iraq,” an allusion to the often-clandestine Israeli military campaign.