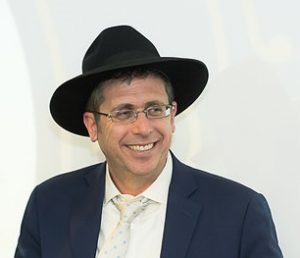 Rabbi Nagel began teaching Daf Yomi 16 years ago, and today he is busy giving the shiur twice daily, once in the Young Israel of Houston and once in United Orthodox Synagogues.

How many cycles have you learned and taught Daf Yomi?

Rabbi Nagel: Sixteen years ago, some baalei battim requested that one of the kollel yungeleit teach a Daf Yomi shiur to some interested people. This was greatly encouraged by Rabbi Yehoshua Wender, the Rabbi of the Young Israel of Houston. However, there was some pushback, as the Rosh Kollel was wary that this would disrupt the seder and was not sure if it could be implemented properly.

Nevertheless, I began teaching it every day after the early davening, which means we started learning at 7:00 a.m., and we planned to learn for one hour. On Shabbos, we generally learn after the early Minchah. We began in the middle of Maseches Bava Basra, and we have been going straight since then.

Are the participants the same? Have any been added, or have any moved on?

We have a steady group of eight participants. But this year, when this cycle was learning Maseches Pesachim, another group of baalei battim from the shul on the other side of town, United Orthodox Synagogues, with the encouragement of Rabbi Barry Gelman, requested that I give a Daf Yomi shiur in their shul, and we have been learning there as well. 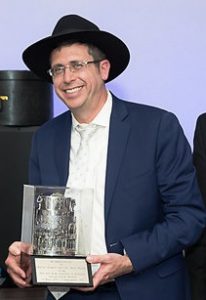 It takes a lot of kochos to prepare the shiur each day, and certainly it is a tremendous commitment. Indeed, when we began learning Seder Kodshim, which I was not so familiar with, I had to dedicate my first seder limud each day to learning the next day’s Daf. However, I had a wonderful role model, as my father-in-law, Reb Yosef Tannenbaum, was a regular Maggid Shiur in Daf Yomi at Rabbi Moshe Scheinerman’s shul in Brooklyn, NY, and I witnessed his dedication, looked up to him and was encouraged by his success. He is my role model for how to give over the material in a way which can be readily understood.

Is there anything unique about the way you structure your shiur?

We began the shiur when Daf Yomi was in the middle of learning Maseches Bava Basra. In that masechta, after the first few blatt, we no longer have the peirush of Rashi, and the marginal commentary is that of the Rashbam. Those familiar with the Rashbam in Bava Basra know that he often elaborates, and I felt it would be difficult to learn it inside. In addition, at times, because the Rashbam is so lengthy, the words of the Gemara on the blatt are very short. So the first day, we began learning at 7:00 a.m., and the shiur only lasted until 7:30 instead of the planned ending time of 8:00.

The next day, I thought that I must implement something in order to utilize the time properly, so I began the shiur by reviewing orally the shakla v’tarya (the give and take of the gemara), and it proved to be a remarkable way of encapsulating the entire previous day’s learning. It provided a review, a way of organizing one’s thoughts, and another opportunity to think over what we learned.

This became the routine of the shiur. We begin with a 20-minute oral review of the previous day’s blatt, and then we begin the new day’s blatt.
Had we begun with Maseches Brachos, where each blatt has more words than Maseches Bava Basra, I doubt if we would have developed this system. But hashgachah had it that we began where we did, and it works beautifully for us. 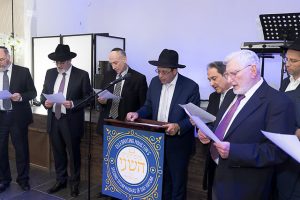 When one learns Daf Yomi, he is not just learning a blatt gemara or attending a shiur. He is part of something much bigger, something that envelopes the entire globe and unites Klal Yisrael. When I think of it in those terms, it has an entirely different meaning, and it bonds you emotionally with the gemara and with the klal.

The participants have grown tremendously as well. When the husband is committed to learning Daf Yomi each and every day, the spouse and the children realize that Torah is part of his life, and it envelopes the entire family and propels them forward in their growth. They realize that he is part of something much bigger, and as the Daf Yomi becomes an integral part of their routine, it changes the trajectory of the family.

How do you respond when a participant asks a good question for which you do not have an answer?

When a participant asks a question that I had not thought of when preparing the shiur, I will discuss it and try to research it in order to share the answer. I will share the question and answer with both shiurim, so if someone asked something in the morning, I can share it in the evening with the other shiur. Similarly, if someone asks me something in the evening, the next morning when I give the oral review of yesterday’s blatt, I can share the thoughts of the members of the other shiur. This creates an achdus between the two shiurim, as they realize they are all part of the same program. 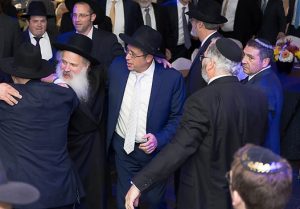 When you are not available to give the shiur, who substitutes for you?

Baruch Hashem, there are several capable yungeleit in town who are tremendous talmidei chachamim, and they help me out whenever I am unavailable to deliver the shiurim.

A short time after you began, Daf Yomi ended Shas, yet your group had only done part of it. How did you celebrate?
We rejoiced in the worldwide celebration, since we were part of the family of Daf Yomi. However, when we finished Maseches Sanhedrin in the next cycle, which was the conclusion of our first round, we made a major celebration in Houston. The next Siyum HaShas, in which we, too, were mesaymim, brought us tremendous joy.

For the upcoming Siyum HaShas, some of our shiur will join the celebration at Metlife, but Houston is participating in the Chavrei HaSiyum, so there will be festivities in Houston as well. It is a communal celebration, since it has helped spread Torah throughout the entire community. 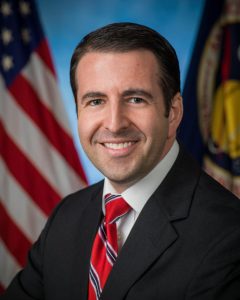 Mr. Aaron Brown is a member of the Houston community who has his own unique path of learning Daf Yomi each day. Although his schedule does not allow for him to attend Rabbi Nagel’s shiurim, he carves out time to learn Daf Yomi each day, and often discusses his ideas with Rabbi Nagel.

How did you decide to begin learning Daf Yomi?

Mr. Aaron Brown: When Daf Yomi ended its cycle some seven years ago, I read an article which described the siyum and the process of Daf Yomi. I thought it was a wonderful thing, and decided to join at the start of this cycle. I made a cheshbon that the siyum of this cycle would coincide with my daughter’s bas mitzvah, and felt it would be most appropriate to dedicate my learning in honor of her bas mitzvah and in honor of my children.

Can you share with us your system of learning Daf Yomi?

I did not have a religious upbringing, and I was a bit nervous as to how I would be able to keep up with such a rigorous schedule. However, as I began my journey, the pieces of the puzzle began to fit together beautifully.

From day one, the bulk of my learning has been by listening to the podcast of Rabbi Moshe Elefant of the OU. I find his style fits with the way I want to learn, and the English terminology he uses, his rhythm and his tone works well for me. In addition, I use an Artscroll Daf Yomi gemara to follow the shiur, where I can read the English, as the Aramaic is still difficult for me.

I travel to work each morning in a vanpool for about 40 minutes, which allows me enough time to get through about half of the Daf. As there are no kosher restaurants where I work, I eat my lunch in my office, which gives me more time to finish the Daf. If I am not yet done by the end of the day, I still have the return trip in the vanpool to finish the remainder of the shiur. When I arrive at home, I must devote myself to my family, and having been kovei’a itim during my travel to and from work, I have learned the Daf without distractions.

On Shabbos, when I cannot listen to Rabbi Elefant’s podcast, I learn the Daf using my Artscroll gemara, and it takes away from some of the socializing that I might normally do. After the seudah, I go to my living room and begin the Daf, and my family knows that I am devoted to keeping pace.

Was there ever a time that you fell behind and were discouraged from catching up?

I am trained as an engineer, and through this I am geared to plan ahead for all eventualities. I resolved at the beginning that I would not fall behind, since I know the difficulty people have making up lost ground. In fact, during the second year of the cycle, I spent some time on the night of Pesach after the end of the Seder finishing up the day’s Daf.

As of late, when I took on more responsibilities at work and I sometimes have meetings scheduled during lunch, I utilize my ride home to make up what I missed out on during lunch, or plan ahead to squeeze in time elsewhere in order not to fall behind.

Once it becomes part of your routine, you find a way to fit it in and make it work. I compare it to the ananei hakavod, the clouds of glory which straightened out the path for Klal Yisrael while they traveled in the wilderness. If you plan ahead for obstacles, you can clear the way for yourself to manage it.

When I was about half way through, I began trying to stay one Daf ahead, in order not to be faced with a situation where I might fall behind.

What was your most rewarding moment?

I was once learning in my house when my daughter, who was seven and a half at the time, came bouncing into the room, singing and humming as she went about her way. She suddenly looked up at me and said, “Abba, I love seeing you studying Torah, because then you will teach us Torah.” I can imagine this is somewhat like a farmer who plants an entire field, and when the first one sprouts, he sees his efforts are so worthwhile.

I have reserved with a group code in order to participate in the Siyum HaShas at Metlife. Also, as I mentioned, I plan to finish off Shas by my daughter’s bas mitzvah, as I began this in honor of it and in honor of my children.