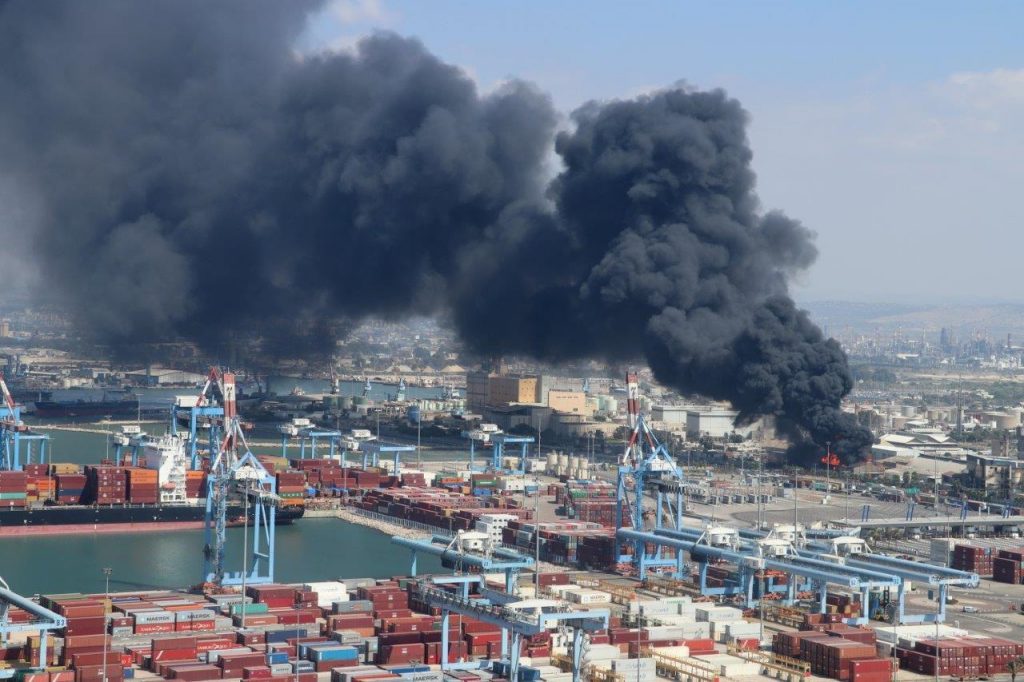 Firefighters were trying to extinguish a large fire at a plant near Haifa’s port Thursday afternoon, after flames engulfed a warehouse storing 80 tons of cooking oil, sending large plumes of smoke over the Haifa Bay. There is currently no immediate danger to citizens, the fire brigade said.

One firefighter was taken to hospital after being lightly hurt.

Thus far, several warehouses of the oil have been burned. According to estimates, there are about a thousand pallets of oil in the warehouses, each weighing one ton.

The forces in the field are using foam spraying. At the direction of the Fire and Rescue Commissioner, the forces are preparing to operate a huge foam cannon in collaboration with ORL (Oil Refineries, Ltd.).

Over 30 firefighting trucks were at the scene, and backup teams from other regions were being sent to assist. Officials said it could take many hours to douse the flames.

There were no immediate instructions for residents to evacuate, though factories near the warehouse were emptied.