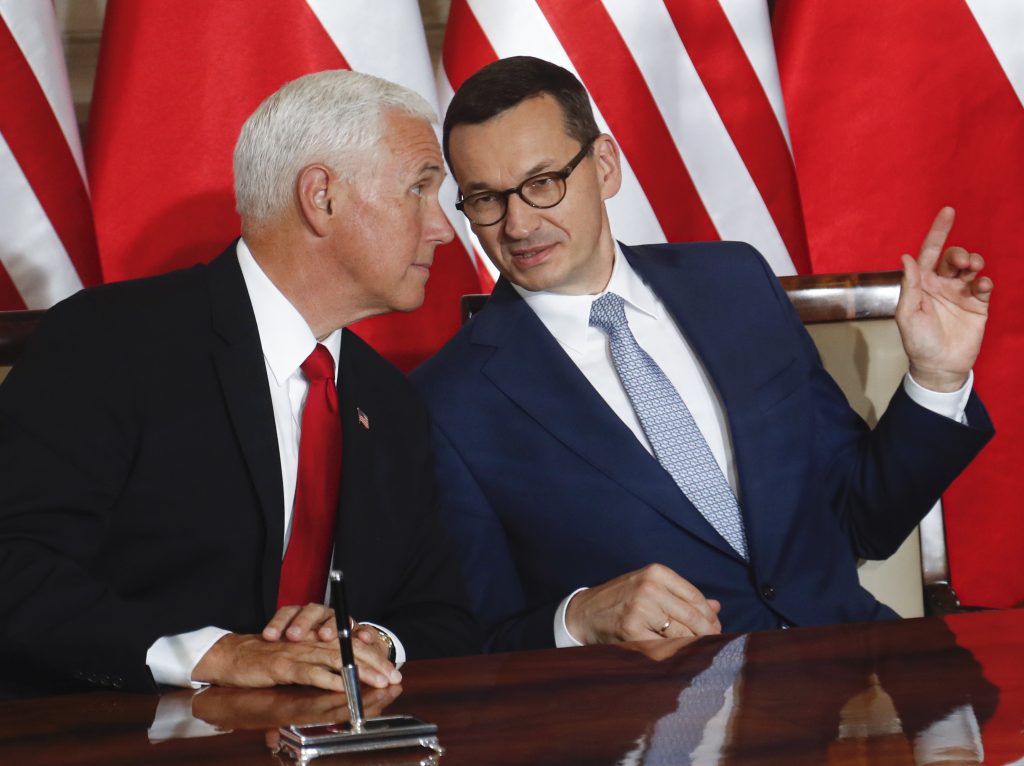 The Polish government came under pressure Wednesday to clarify whether it has purchased sophisticated and potentially illegal phone surveillance technology that has been used to stifle dissent in other countries.

Opposition lawmakers asked Prime Minister Mateusz Morawiecki whether the special services bought Pegasus, the spyware produced by NSO Group, an Israeli company. The Israeli firm’s software allows for monitoring of devices and their content, including the remote activation of cameras and microphones without users’ knowledge.

Morawiecki replied that “everything that needs to be, will be clarified in due time” but didn’t directly answer the question, the news agency PAP reported.

A deputy prime minister, Jacek Sasin, said in an interview with the private broadcaster TVN late Tuesday that he didn’t know if Poland bought the system but that “honest citizens” have nothing to worry about and accused the previous government of failing to catch criminals.

The parliamentary discussion on Wednesday follows an investigative report by TVN that indicated the country’s Anti-Corruption Bureau might have bought the system.

Wojciech Klicki of the Panoptykon Foundation, a human rights group that opposes surveillance, said that the first traces indicating the use of Pegasus by Polish secret services appeared in a report in 2018 by Citizen Lab, an internet watchdog group that is based out of the University of Toronto’s Munk School.

Klicki said he believes that Pegasus is not legal under Polish law, even if a court order were obtained.

“The most important thing, however, is that in Poland there is no real oversight over secret services,” Klicki said. “There is no obligation to inform people who became the subject of surveillance of the fact. In this area, Poland does not follow human rights standards.”

Lawmakers in parliament expressed concerns that the technology could be used against independent journalists or opposition politicians.

The company said its products were developed only for allowing governments and law enforcement agencies to fight terrorism and crime and for instance, to rescue kidnapped children.

Human rights campaigners say Pegasus has been used by authoritarian regimes to spy on citizens.

In the most high-profile case to date, a Saudi dissident, Omar Abdulaziz, alleged that the software on his phone provided the Saudi regime with information that helped lead to the killing of Saudi journalist Jamal Khashoggi.

He filed a lawsuit in an Israel court last year against the company, which rejected the accusations.

The developments in Poland come as the government is accused by critics of eroding democratic standards, something that the authorities deny.