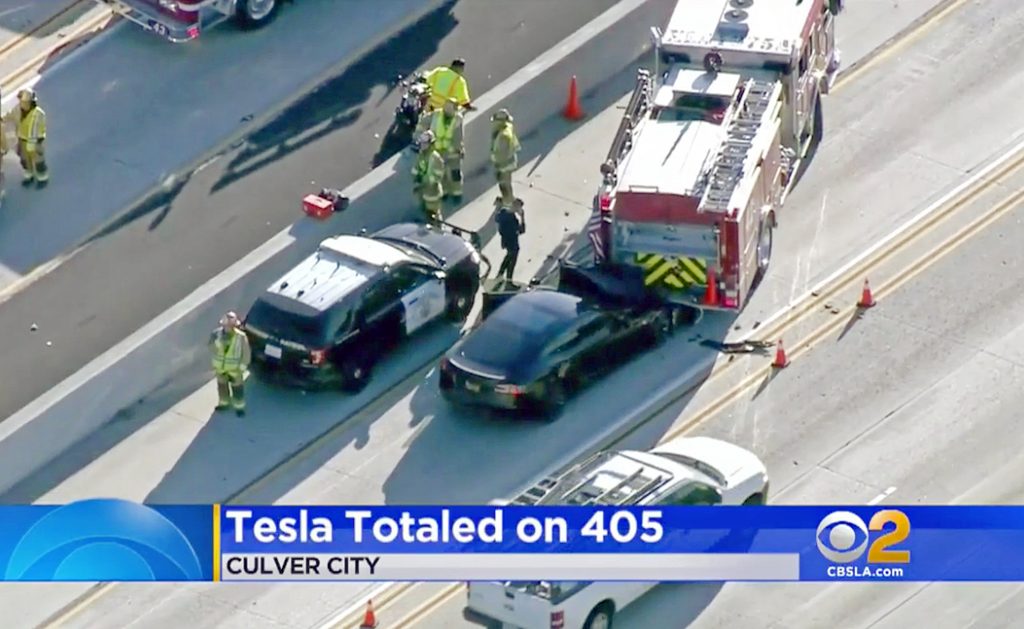 A government investigation has found that a design flaw in Tesla’s Autopilot semi-autonomous driving system and driver inattention combined to cause a Model S electric car to slam into a firetruck parked along a California freeway.

The National Transportation Safety Board determined that the driver was overly reliant on the system and that Autopilot’s design let him disengage from driving.

The agency released a brief report Wednesday that outlined the probable cause of the January 2018 crash in the high occupancy vehicle lane of Interstate 405 in Culver City.

The findings raise questions about the effectiveness of the Autopilot system, which was engaged but failed to brake in the Culver City crash and three others in which drivers were killed since 2016.

No one was hurt in the Culver City crash involving a 2014 Tesla Model S that was traveling 31 mph at the time of impact, according to the report.

The crash occurred after a larger vehicle, which the driver described as an SUV or pickup truck, abruptly moved out of its lane and the Tesla hit the truck that had been parked with its emergency lights flashing while firefighters handled a different crash.

The probable cause of the rear-end crash was the driver’s lack of response to the firetruck “due to inattention and overreliance on the vehicle’s advanced driver assistance system; the Tesla Autopilot design, which permitted the driver to disengage from the driving task; and the driver’s use of the system in ways inconsistent with guidance and warnings from the manufacturer,” the NTSB wrote in the report.

Tesla has said repeatedly that semi-autonomous system is designed to assist drivers, who must pay attention and be ready to intervene at all times. The company says Teslas with Autopilot are safer than vehicles without it, and that the system does not prevent all crashes but makes them less likely.

CEO Elon Musk has promised a fully autonomous system next year using the same sensors as current Teslas, but with a more powerful computer and software.

The report says the Tesla’s automatic emergency braking did not activate, and there was no braking from the driver, a 47-year-old man who was commuting to Los Angeles from his home in suburban Woodland Hills. Also, the driver’s hands were not detected on the wheel in the moments leading to the crash, the report said.

Cellphone data showed the driver was not using his phone to talk or text in the minutes leading up to the crash, but the NTSB could not determine if any apps were being used.

A statement from a driver in a nearby vehicle provided by Tesla said the driver appeared to be looking down at a cellphone or other device he was holding in his left hand before the crash.