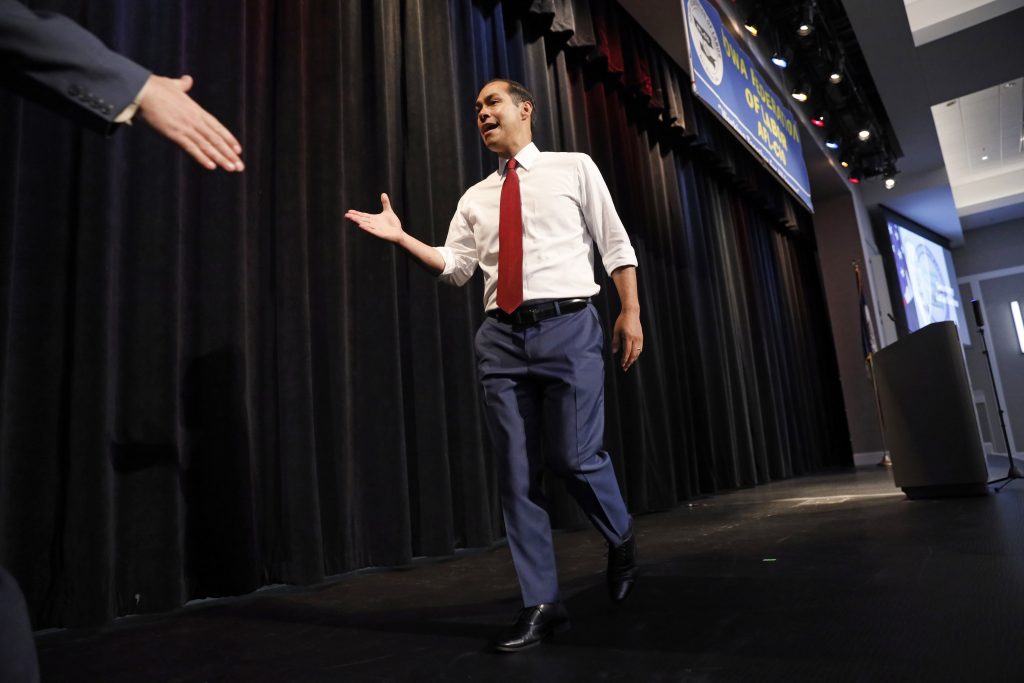 Democratic presidential candidates are releasing their plans to address climate change ahead of a series of town halls on the issue as the party’s base increasingly demands aggressive action.

The release of the competing plans comes as issues of climate and the environment have become a central focus of the Democratic primary. On Wednesday, 10 Democrats seeking the White House will participate in back-to-back climate town halls hosted by CNN in New York. A second set of climate-focused town halls will be broadcast by MSNBC later in the month. Liberals had demanded that the Democratic Party focus at least one debate on climate change, but a climate debate resolution was defeated at the Democratic National Committee’s summer meeting last month.

Among Democrats seeking the presidency, there is little disagreement that climate change is a building disaster. Candidates’ primary differences are over how aggressively the U.S. should move now to cut fossil fuel emissions to stave off the worst of the coming climate extremes.

Last month, Vermont Sen. Bernie Sanders toured a California mobile home park ravaged by wildfires as he introduced his $16 trillion plan to fight global warming, the costliest among the Democratic field. His plan declares climate change a national emergency, calls for the United States to eliminate fossil fuel use by 2050 and commits $200 billion to help poorer nations reckon with climate change.

Former Vice President Joe Biden has proposed $1.7 trillion in spending over 10 years, on clean energy and other initiatives with the goal of eliminating the country’s net carbon emissions by 2050. Biden has been less absolute than some other Democratic candidates on stamping out consumption of oil, natural gas and coal, calling for eliminating subsidies for the fossil fuels rather than pledging to eliminate all use of them.

The relatively minor differences among Democrats on climate change come in sharp contrast to President Donald Trump, who has dismissed and mocked the science of climate change and has reversed course on U.S. climate policy. Trump made pulling the country out of the Paris climate accord one of his administration’s first priorities, and his wholehearted support of the petroleum and coal industries has been one of the enduring themes of his presidency.

Nationally, 72% of Democratic midterm voters said they were very concerned about the effects of climate change, and 20% were somewhat concerned. That’s according to AP VoteCast, a survey of more than 115,000 midterm voters nationwide.