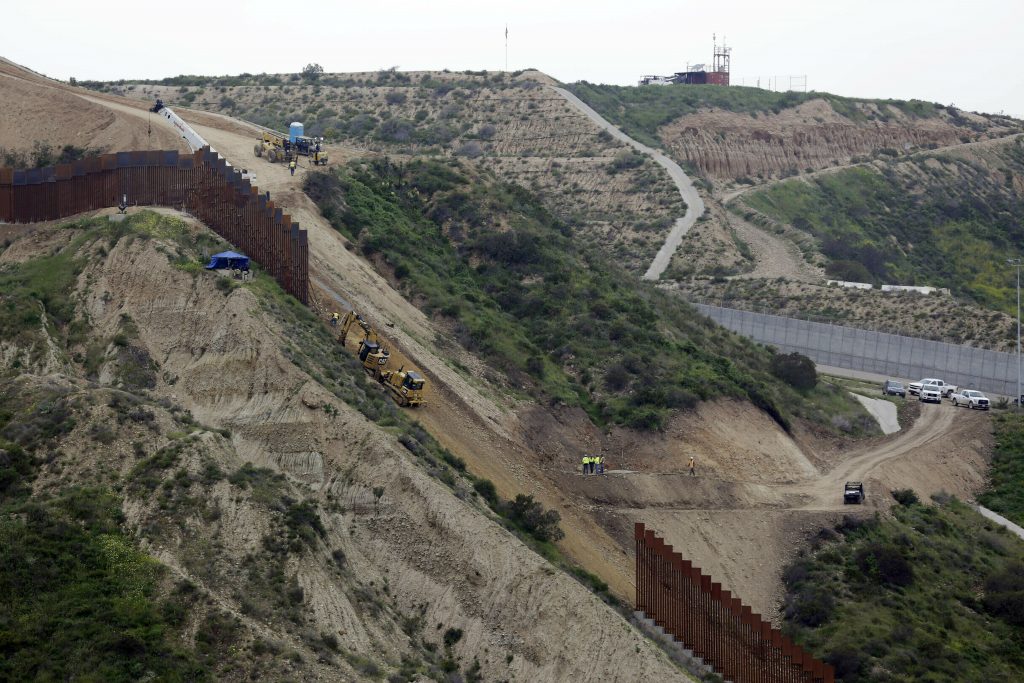 Pentagon officials did not announce which 127 projects will be affected but said members of Congress were being notified about specifics. They said half the money will come from military projects in the U.S. and the rest from those in other countries.

A Texas congressman said his state will get hit by $354 million in military base cuts, while a new 52-mile stretch of fencing northwest of Laredo promises to rob landowners along the Rio Grande of thousands of acres.

Trump has so far succeeded in building replacement barriers within the 654 miles of fencing built during the Obama and Bush administrations. The funding shift will allow for about 115 miles of new pedestrian fencing in areas where there isn’t any now.

New stretches of fencing are sure to spark legal battles with angry landowners and environmentalists. And, it fuels the persistent controversy between the Trump administration and Congress over immigration policies and the funding of the border wall.

Lawmakers who refused earlier this year to approve nearly $6 billion for the wall but now must decide if they will restore the projects that are being used to provide the money.

One of the Senate’s most endangered Republicans, Arizona Sen. Martha McSally, reported that her state is getting nicked for just $30 million from a project that was being delayed anyway.

“We need to secure our border and protect our military; we can and should do both,” McSally said. “I went to the mat to fight for Arizona projects and succeeded.”

“It is a slap in the face to the members of the Armed Forces who serve our country that President Trump is willing to cannibalize already allocated military funding to boost his own ego and for a wall he promised Mexico would pay to build,” Schumer said.

“Canceling military construction projects at home and abroad will undermine our national security and the quality of life and morale of our troops, making America less secure,” said House Speaker Nancy Pelosi, a California Democrat.

Elaine McCusker, the Pentagon comptroller, said the now-unfunded projects are not being canceled. Instead, the Pentagon is saying the military projects are being “deferred.” The Defense Department, however, has no guarantee from Congress that any of the money will be replaced, and a number of lawmakers made it clear during the debate earlier this year that they would not fall for budget trickery and sleight of hand to build the wall.

Congress approved $1.375 billion for wall construction in this year’s budget, same as the previous year and far less than the $5.7 billion that the White House sought. Trump grudgingly accepted the money to end a 35-day government shutdown in February but simultaneously declared a national emergency to take money from other government accounts, identifying up to $8.1 billion for wall construction.

The Pentagon reviewed the list of military projects and said none that provided housing or critical infrastructure for troops would be affected, in the wake of recent scandals over poor living quarters for service members in several parts of the country. Defense officials also said they would focus on projects set to begin in 2020 and beyond, with the hope that the money could eventually be restored by Congress.

The ACLU said Tuesday that it would seek a court order to block spending the military money. It sued earlier over the use of Defense Department counterdrug money, but the Supreme Court lifted a spending freeze on that money in July, allowing the first Pentagon-funded wall project to break ground last month in Arizona.