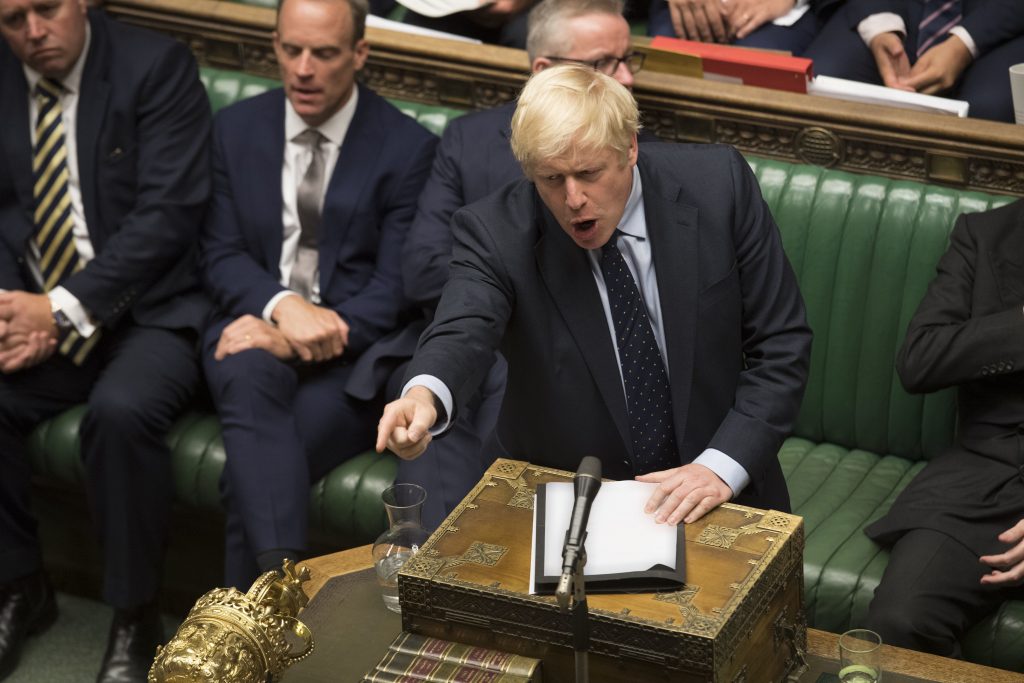 Britain’s Parliament will attempt to defy Prime Minister Boris Johnson’s Brexit plans on Wednesday as lawmakers seek a way out of the impasse that has gripped the nation since the 2016 vote to leave the European Union.

The House of Commons is confronting Johnson over his insistence that the U.K. leave the EU on Oct. 31 even without a withdrawal agreement to cushion the economic blow. On Wednesday, it will consider a measure that will try to block a departure without a deal.

Johnson has said he will seek a general election if the lawmakers succeed, taking his message directly to the people in his bid to deliver Brexit, come what may.

But it is unclear whether he will have the votes for such a move. On Tuesday, Johnson lost his first vote in Parliament since becoming prime minister in July and has seen his tenuous grip on power weakened by defections from his party that cost him his working majority.