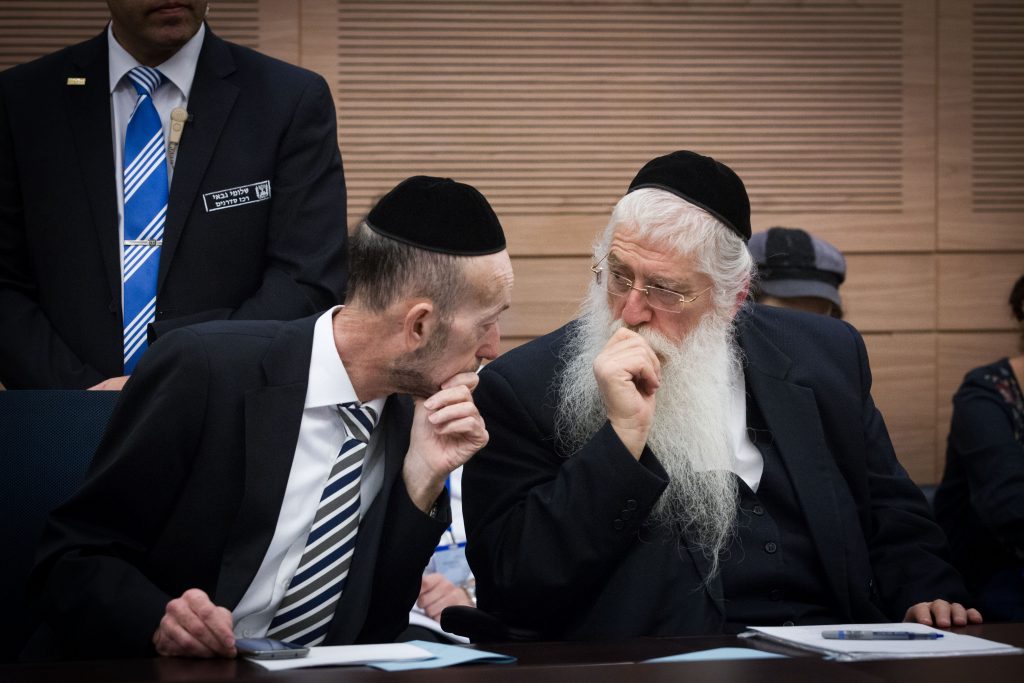 Representatives of United Torah Judaism and Ohr Yisrael, rabbinical leaders and activists of the National-Religious camp, have signed a joint statement affirming the paramountcy of Torah study in Israel along with an expression of support for the continued Jewish presence in the Old City of Yerushalayim and in Yehudah and Shomron.

“United Torah Judaism does not support and has no interest in disengagement from the Land of Israel, and will adhere to this policy according to the decisions of the Gedolei Torah,” the text declared.

It went on to declare support for increasing the Jewish communities in the Old City and Yehudah and Shomron, in security, and to enable them to obtain all the necessities for communal life, education and religious observance.

The statement noted that the Torah community in Israel faces dangers from the liberal movement which seeks spiritual destruction, thus requiring the full support of the existing religious conversion process as administered by the Chief Rabbinate, according to the Shulchan Aruch, as well as its supervision in matters of kashrus.

“We are opposed to the recruitment of women into the army, needless to say including mixed training, and to any coercion of soldiers against their religious beliefs,” the statement concluded.