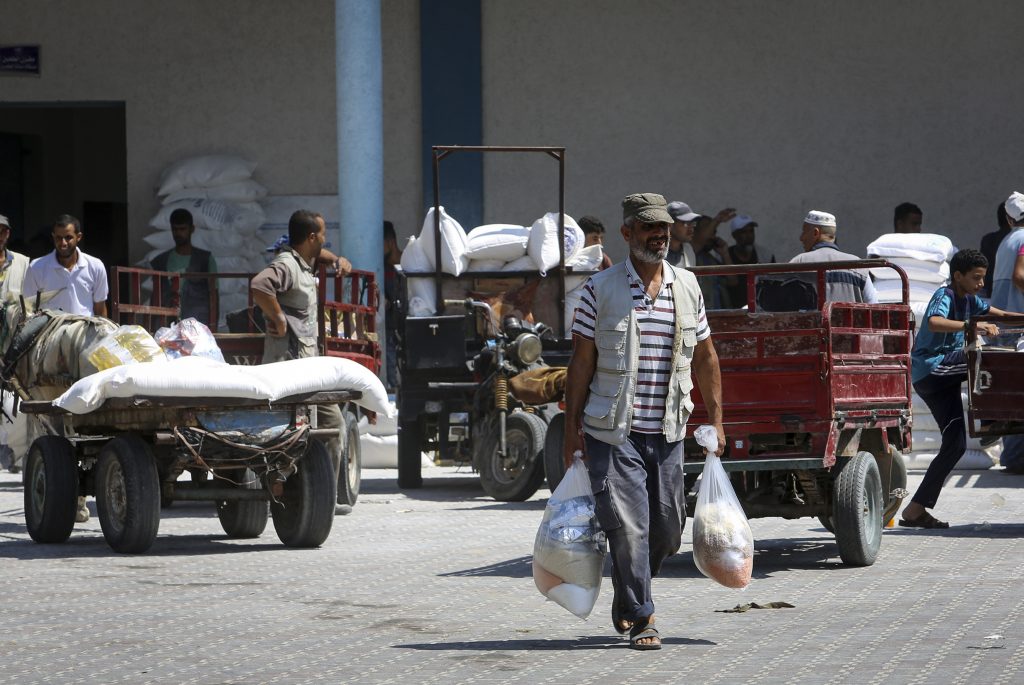 When Israel pulled out of Gaza in 2005, the hope was that the Palestinian Authority would improve the lives of the enclave’s 1.6 million residents, who wouldn’t want to jeopardize prosperity by launching attacks on the Jewish state. Tragically, the hope wasn’t realized. Hamas took control and created a terror state that has brought inordinate suffering to the residents and tens of thousands of rockets upon Israel.

How bad are things in Gaza? The United Nations warned in May that the enclave is on the verge of a humanitarian catastrophe and that one million Palestinians could go hungry. Just under 40% of Gazans live in poverty; 26% of the workforce, including 38% of the youth, is unemployed; more than 90% of the water from the Gaza aquifer is undrinkable; and electricity is limited to eight hours a day.

One solution that has been floated is for the IDF to invade Gaza and uproot Hamas and its leadership. But that presents two problems. One, such an operation would be costly in terms of lives, as soldiers would have to go to door-to-door in narrow, booby-trapped Gaza alleyways. Two, based on experience, whoever takes over for Hamas will only be worse.

That has led to a second solution that is being discussed these days: voluntary emigration of
Palestinians from Gaza. Prime Minister Binyamin Netanyahu raised the subject on his recent trip to Ukraine, and left-wing columnist Shalom Yerushalmi has been pushing for it for at least a year.

“Peace with Hamas is impossible because it’s impossible to reach a sane agreement with a religious, murderous organization whose teachings are based on destroying Israel and its Jews,” writes Yerushalmi. “We need to empty Gaza of its residents who have become hostages, and in so doing to remove them from the clutches of this terrible organization and save their lives.

“Gaza’s wealthy have already succeeded in leaving, after paying ransom money to Hamas. Netanyahu reports that close to 35,000 people left Gaza in the past year, despite the difficulties of emigration. The other million and a half don’t have a penny. It’s possible to help them, and maybe leave [Hamas political chief Ismail] Haniyeh and [Hamas military chief Yahya] Sinwar entirely alone.”

The logic is compelling. The Arabs in Gaza are just as bad off as the citizens of Africa who have sought refuge in other countries. They live in fear and in dire need. Their children have no future.

But who is going to take in 1.6 million destitute Gazans?

I’d like to propose a third solution that circumvents this problem and spares the Gazans the turmoil of being uprooted. Don’t get rid of the people, get rid of Hamas, and then — and this is the key — install a Western-trained professional government to run the country with transparency and efficiency.

Forget about elections for at least 10-20 years. Allow prosperity to set in. Watch foreign donors generously open their pocketbooks as they see the money going to hospitals, roads and schools, instead of to terror tunnels.

The problem with my proposal is that it will be perceived as condescending, as if the Arabs can’t be trusted to run their own affairs. But the time has come to decide what’s more important: to be politically correct or to give 1.6 million people a chance at a decent life.