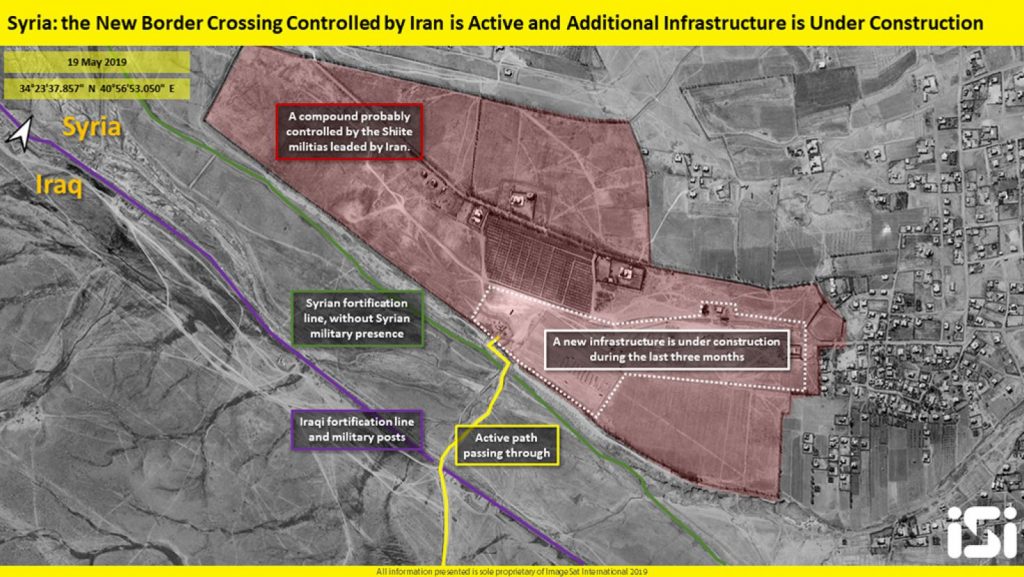 Evidently undeterred by repeated Israeli air force strikes on its positions in Syria, Iran is building a new military base in the country, this time large enough to house thousands of soldiers, according to Fox News on Tuesday.

If confirmed, it would be the most ambitious military project undertaken thus far by Iran in Syria.

Citing Western intelligence sources, the cable network says the base is located near the Syria-Iraq border and its construction is being overseen by the Quds Force, the overseas branch of Iran’s elite Islamic Revolutionary Guard Corps.

Satellite photos of the base appear to indicate the presence of five recently constructed buildings that can store precision-guided missiles, according to ImageSat International, an Israeli satellite firm.

Last week, a drone strike allegedly carried out by Israel targeted a convoy of Iran-backed Iraqi militiamen near al-Qaim that was said to be transporting weapons.