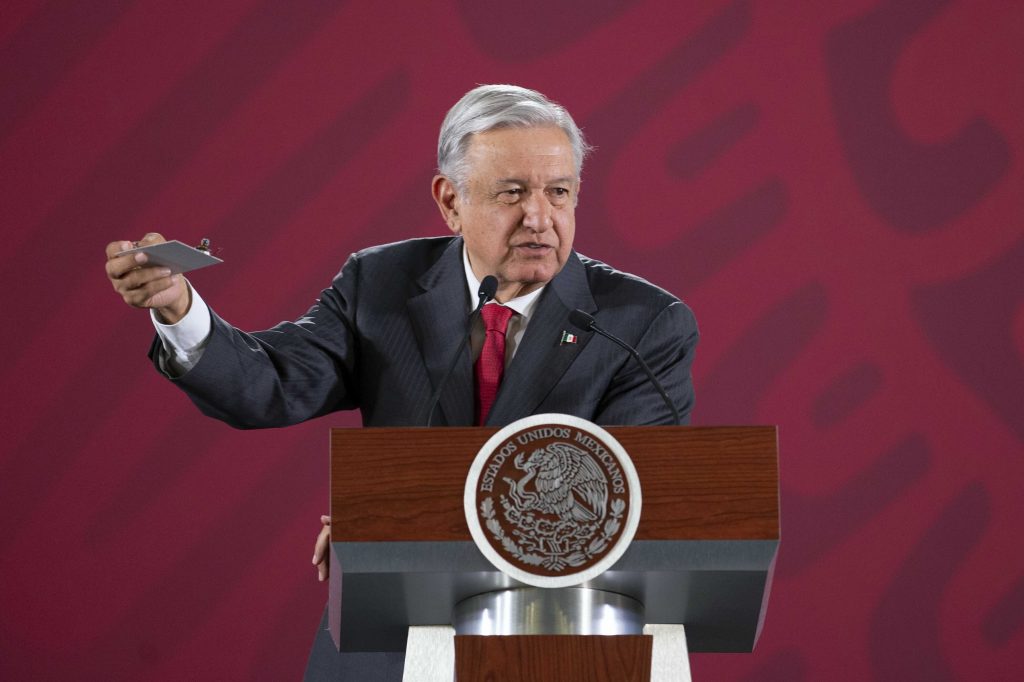 Mexico President Andrés Manuel López Obrador says a tiny camera was being used to spy on his meetings in a room of the National Palace.

López Obrador showed the tiny camera to reporters Tuesday at his morning news conference, holding the diminutive device in the palm of his hand.

The president said, “There’s nothing secret, nothing is hidden, for that reason we don’t consider this a big deal.”

López Obrador said it got his attention because it was so small. He said the room was used for meetings with people bringing proposals to the government. He did not speculate on who could have put it there or for how long it had been operating.

He says technicians told him the camera’s memory had to be downloaded periodically.