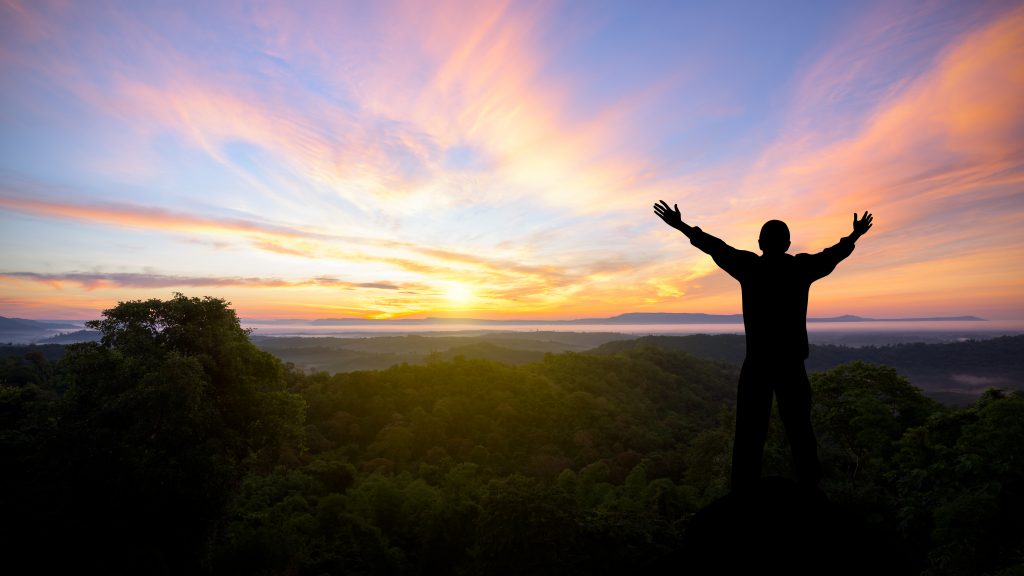 Do you believe that a thought can make the difference between life and death? According to the Gemara that the Daf Yomi cycle went through recently, it most certainly can. Take for example someone who bows down to the bust of a king. If, says the Gemara, the person who prostrated to the statue had no intention of accepting the statue as a deity and he only did it as a sign of respect, then what he did does not constitute an act of avodah zarah. However, if the person had in mind that he was bowing down to the statue because he accepted it upon himself as a deity, then he would have indeed transgressed the most severe sin of avodah zarah. Same action, different thought. The thought makes the difference between life and death.

Of course, that is on the spiritual plane. But what about in the corporeal realm? Can a thought make the difference between life and death there as well? Well, a study recently featured on LiveScience, which was executed by researchers at the Boston University School of Medicine, seems to indicate that it can.

The study followed more than 69,000 female health professionals ages 58 to 86, and more than 1,400 male veterans ages 41 to 90, for 10 to 30 years. (It’s not clear why participation was so heavily weighted towards the female side of the scale, but perhaps it has something to do with the fact that men often find it more difficult to be forthcoming about their feelings.) Study participants were assessed at the outset for optimism-gauging measures such as, “Overall, I expect more good things to happen to me than bad.”

Following the longevity (or lack thereof) patterns of the optimists versus the pessimists, overall, members of the former group were about 60 percent more likely to live to age 85 or beyond. The highest optimism-scorers had life spans that were about 13 percent longer on average than those who scored highest as pessimists.

Previous studies have shown that optimists have a lower risk of developing certain types of diseases or dying early, but this study was a first that directly assessed longevity and therefore is a really big deal. Researchers admitted that although their results hold up even when controlling for variables such as physical and mental health conditions, the optimism link is weakened considerably when one takes into account behaviors such as smoking, diet, exercise and/or alcohol use.

What that means, explained the researchers, is that it is possible that it is not that having an optimistic frame of mind in and of itself makes one live longer, but that optimistic thinking may lead people to behave in healthier ways, which in turn increases the individual’s longevity.

Although the researchers conceded that their findings are primarily correlative in nature, and are not conclusive enough to prove causality, insofar as the question that we began with, “Can a thought make the difference between life and death,” these results certainly provide plenty of food for thought.

Interestingly, there is another Gemara in the recent Daf Yomi cycle that would seem to indicate a very similar idea. The Gemara discusses various ways of checking things, such as whether one is going to live out the year. But the Gemara’s conclusion is that one should avoid such examinations. And why is that? Well, if the result is negative, it can drive one to be completely crestfallen and dejected, which in and of itself can negatively impact one’s health and prospects for longevity. It can become a self-fulfilling prophecy.

Now, beyond the very significant implications inherent in all of the above, I find something particularly striking about all this: The Chovos Halevavos expounds at length (as do many others) about the fact that gratitude is one of the most fundamental obligations for a Torah Jew. It is not possible to properly serve Hashem in the absence of a profound sense of gratitude for everything that He does for us. Likewise, as Chazal say quite clearly, gratitude to other people is no less imperative (and can serve as a stepping stone for gratitude to Hashem).

Although optimism may not necessarily drive one to gratitude, it seems inevitable that gratitude will drive one to optimism. For if a person is forever feeling grateful for all the goodness that surrounds him, it means that he must be taking note of all that goodness and allowing it to have a strong impact on him. A grateful person will thus necessarily be suffused with a very positive sense of the world in which he lives. So, by enjoining us to fill ourselves with feelings of gratitude, our Creator has thus not only secured for us health and longevity in the world of eternity, but has given us the formula for health and longevity in this world as well.