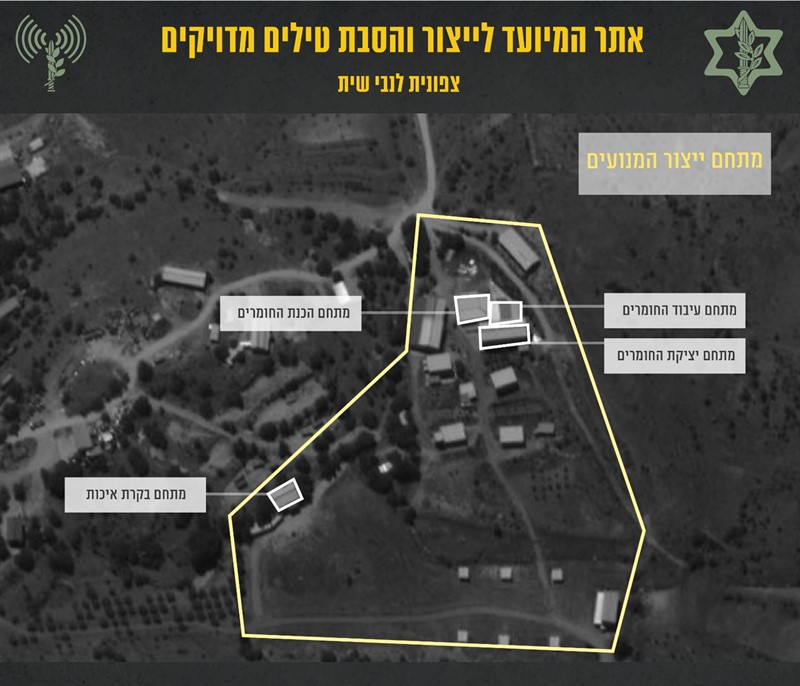 The IDF said on Tuesday that it had proof of the existence of a precision-guided missile factory in Lebanon, despite Hezbollah denials.

In question was a facility in southern Lebanon, near Nabi Sheet in the Bekaa Valley, where the terror group is converting conventional projectiles into precision-guided ones.

IDF international media spokesman Jonathan Conricus said they had exposed one of Hezbollah chief Hassan Nasrallah’s “lies.” In a speech over the weekend, Nasrallah said that while his forces do possess some precision missiles, there was no production going on in Lebanon.

“We do not have precision missile factories. This is a lie and a pretext that [Prime Minister Benjamin] Netanyahu is adopting to carry out aggression,” he said.

The IDF displayed aerial photos of the site, what it described as “a dedicated assembly line for precision weapons” containing several machines supplied by Iran “designed to manufacture the motors and the warheads of missiles with an accuracy of less than 10 meters [yards].”

“This facility is of superior importance to the Hezbollah precision missile project, which is why Hezbollah, in fear of strikes, evacuated precious and unique equipment from the compound to civilian locations in Beirut,” the army said, appearing to hint at the reasoning behind the August 25 strike attributed to Israel.

The IDF claimed that the exposed factory is divided into sections for motor production, quality assurance, manufacturing of explosives for warheads and logistics.

Meanwhile, on Tuesday, Prime Minister Netanyahu told members of a family in Kiryat Ata, near Haifa, that Hezbollah’s precision-guided missiles are aimed directly at them,” according to The Times of Israel.