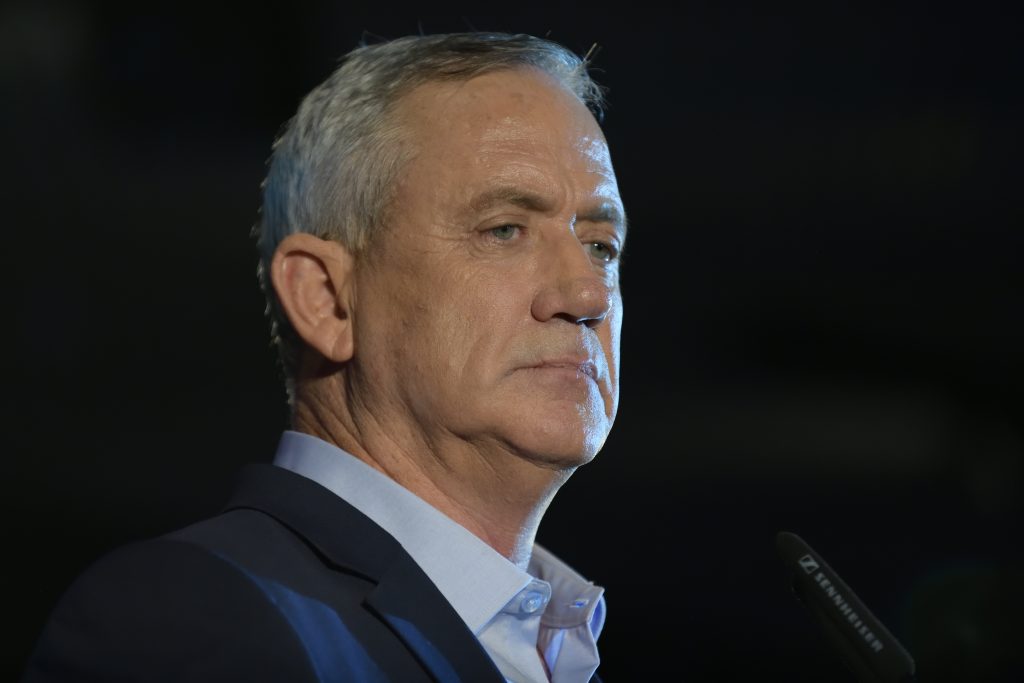 Blue and White leader Benny Gantz shed his stance as a moderate who stands for national reconciliation, as he told a rally in Beersheva on Tuesday night that he would form a “liberal unity government” with Likud—but without the chareidi parties.

The speech indicated a strategic shift. Until now, Gantz had refrained from attacking the chareidi community—while his No. 2, Yair Lapid and Yisrael Beytenu leader Avigdor Liberman continued to do so— and had reportedly been in contact with chareidi representatives about the possibility of joining a government led by him after the September 17 elections.

Sources in Blue and White said the new tack was designed win votes away from Liberman, who has called for such a coalition for two months.

Blue and White candidate Gabi Ashkenazi claimed at the event that their government would be one that unites, not divides, in a moment of what appeared to be unconscious humor.

United Torah Judaism leaders Deputy Health Minister Rabbi Yaakov Litzman and MK Rabbi Moshe Gafni responded with a scathing denunciation of Gantz’s opportunistic politicking: “Benny Gantz has revealed himself to be a person bereft of values or backbone. He has no problem dividing Israeli society for a few doubtful mandates. He is not fit for a responsible position, a person without any capacity [for leadership] whatsoever.

“His partnership with Yair Lapid testifies to the words of Chazal: ‘Woe unto the wicked, woe unto his neighbor.’ “