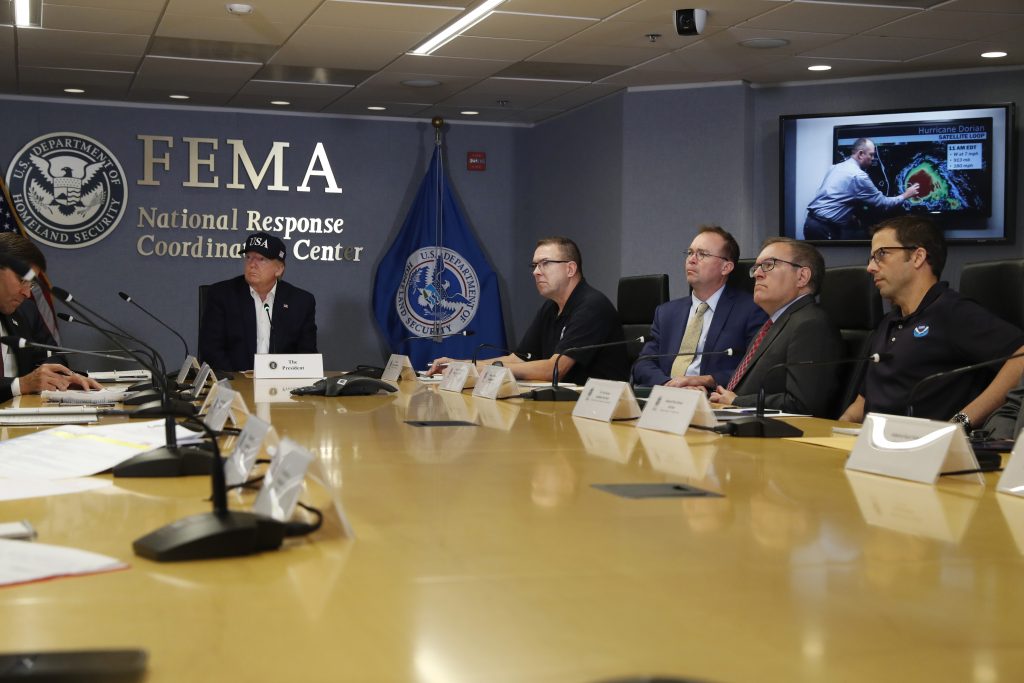 Trump spent several hours at the club on Labor Day.

The president has also been retweeting storm updates issued by the National Hurricane Center.

Trump participated in a briefing on Dorian at the Federal Emergency Management Agency’s Washington headquarters on Sunday.

Dorian was hovering over the Bahamas on Monday after pummeling the islands with winds topping 150 mph.

Forecasters say the hurricane is likely to begin pulling away from the Bahamas early Tuesday and curving to the northeast parallel to the U.S. Southeast seaboard.

Trump has declared emergencies in the southeastern states of Florida, Georgia and South Carolina.