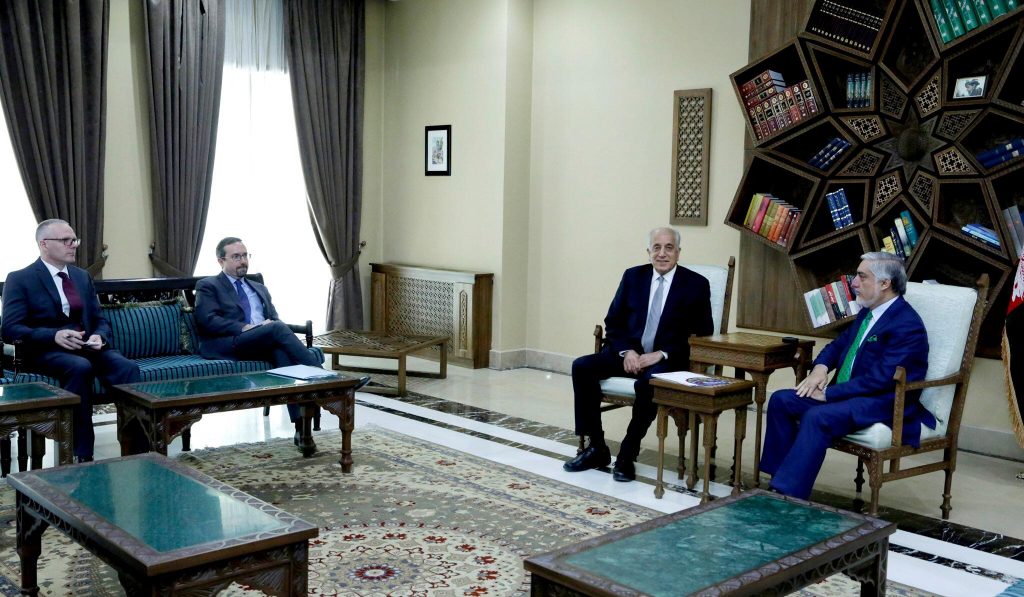 The United States proposed to pull forces from five bases in Afghanistan within 135 days after a peace deal is signed, the top U.S. negotiator with the Taliban said Monday, after briefing Afghan officials on a draft agreement with the terrorist group.

In an interview with Afghan news outlet ToloNews, U.S. envoy Zalmay Khalilzad described the proposed plan to draw back U.S. troops and said he had “reached an agreement with the Taliban in principle.”

“But it is not final until the president of the United States also agrees to it,” he said.

In the interview, Khalilzad declined to name the U.S. bases that would be affected, but noted any withdrawal would be contingent on the Taliban abiding by the terms of the agreement. Khalilzad revealed that under the current terms of the draft deal, the Taliban would be known as the Islamic Emirate – their preferred name. The United States, however, would not recognize the Taliban as the legitimate government of Afghanistan.

He said that while Afghan government officials were shown the draft on Monday, they were not given their own copies.

He declined to say whether the deal was met with approval from Afghan government officials.

Khalilzad flew to Kabul on Sunday after announcing on Twitter that he had wrapped up the latest round of peace talks with the Taliban in Qatar and that the two sides were on “the threshold” of a deal. The United States and the Taliban have met for nine rounds of peace talks over the last 10 months.

This week, the Taliban attacked two major cities in northern Afghanistan, killing dozens of civilians and security forces and renewing fears of increased violence, even as Khalilzad said a deal was close.

On Monday, presidential spokesman Sediq Seddiqi told reporters here that Khalilzad showed Afghan President Ashraf Ghani a copy of the draft agreement and that the Afghan government would take the following days to review it and offer feedback. Khalilzad also met with Chief Executive Abdullah Abdullah on Monday.

The U.S. team has demanded the Taliban agree to a complete cease-fire and asked the terrorists to agree to direct talks with the Afghan government. The Taliban has thus far refused to meet directly with Afghan officials. There are currently around 14,000 U.S. troops in Afghanistan, and the Taliban has demanded all foreign troops withdraw from the country.

Last week, President Donald Trump told Fox News radio that his administration planned to reduce troop levels to around 8,600, but did not offer a timeline for their withdrawal.

A presidential election is scheduled here for Sept. 28, and Ghani is up for a second term. The vote has already been postponed twice, but critics have urged him to postpone the election again, saying it could threaten the peace process. The independent electoral commission has also warned that around 2,000 polling places will be closed due to insecurity. Abdullah, Ghani’s top competitor in the upcoming election, said this week he would be willing to “quit elections for the sake of peace.”

But on Monday, Seddiqi, Ghani’s spokesman, doubled down on plans to move forward with the vote later this month.