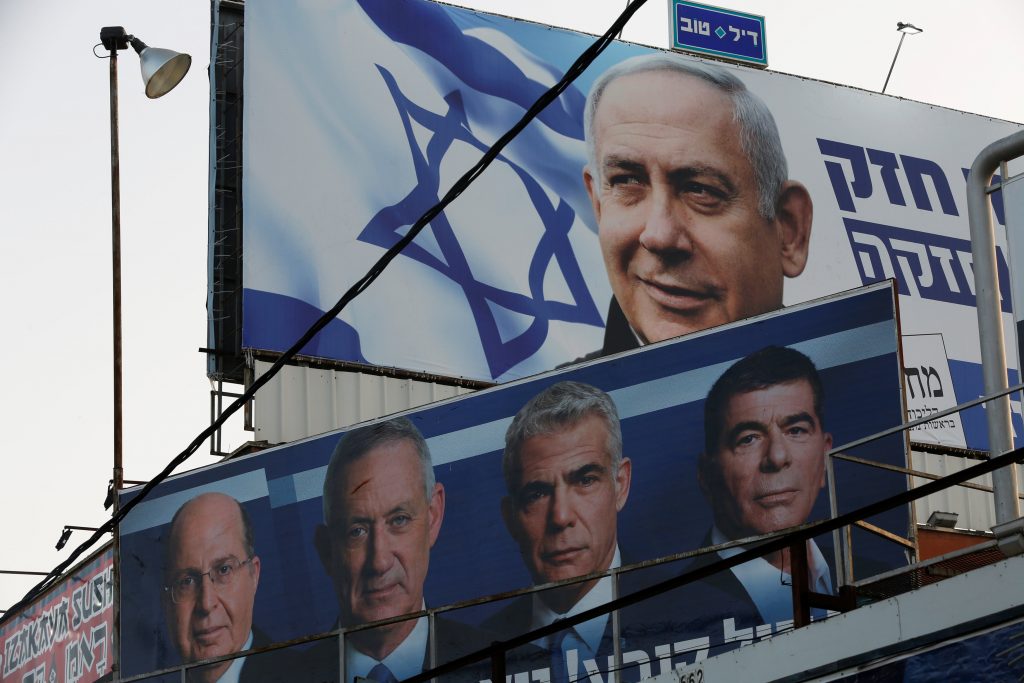 Officials in the Yemina Party on Monday expressed concern that Binyamin Netanyahu will seek to build a government with Benny Gantz and his Israel Resilience faction, which is likely to break up if Blue and White does not have the largest number of Knesset seats.

In a speech Monday, Yemina Party head Ayelet Shaked said that it was clear that the Likud was “laying the groundwork” for a coalition with Gantz.

Speaking at a conference sponsored by economic newspaper Calcalist. Shaked said that “notice how when they attack their rivals, they only attack Yair Lapid” of Yesh Atid, the smaller component of Blue and White compared to Resilience. With that, Shaked said that Gantz himself would not be prime minister.

“We will recommend Netanyahu for prime minister, and I hope we will be part of his government. But history shows that he usually tries to recruit leftist parties first. In 2009 he formed a coalition with Ehud Barak, in 2013 signed a deal with Tzippy Livni, and in 2015 he tried very hard to sign up Yitzchak Herzog,” Shaked said.

“It’s clear that the Likud is preparing a path for Gantz to join the coalition,” she added. Maariv quoted officials in Yemina as saying that they “knew for sure” that there were contacts between representatives of Gantz and Netanyahu discussing the possibilities for a coalition deal.

In response, Blue and White sources said that a Netanyahu-Gantz coalition was a nonstarter. “There is some history between Netanyahu and Lapid, but he has no bad blood with Gantz. But Gantz can’t join a Netanyahu-led coalition after declaring time and again he wouldn’t. He hasn’t been in politics long enough to get away with a flip-flop like that,” the sources added.