Israel Senior Official: ‘If Nasrallah Keeps This Up, He Knows What to Anticipate’
Israel 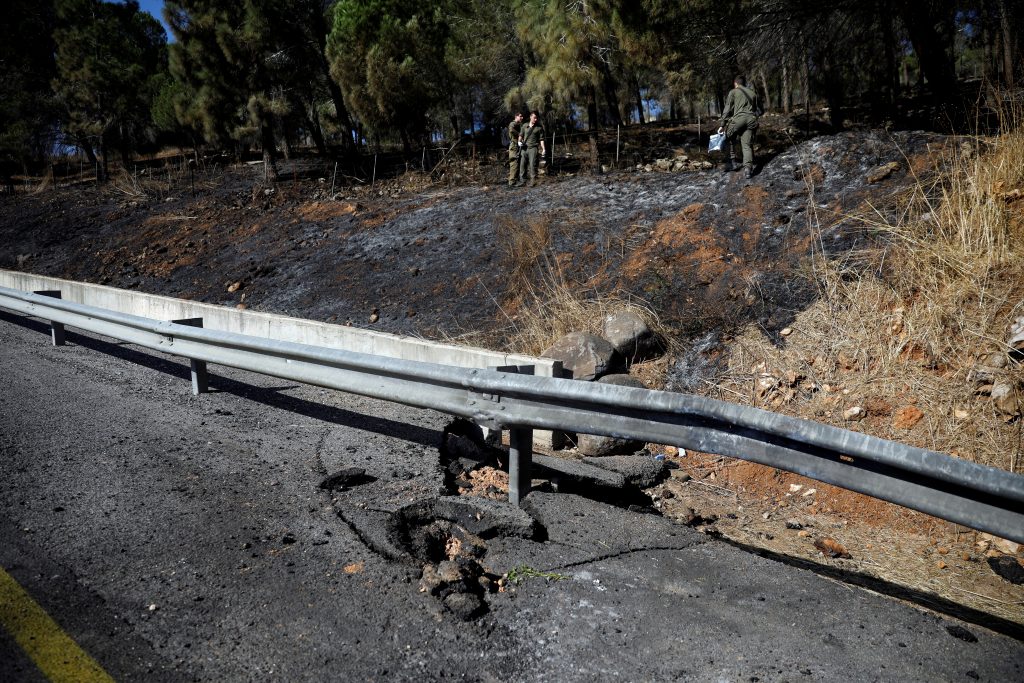 After the Hezbollah terror group fired anti-tank missiles at an IDF outpost and IDF vehicles near Avivim on the northern border Sunday afternoon, and after Israel retaliated powerfully, Israel was contacted by Egypt, the U.S. and France and warned not to continue its retaliatory strikes, a senior official in Israel’s security establishment said Monday.

When asked if he thought that Hezbollah would consider their attack Sunday a sufficient enough response to last week’s drone strikes, the official said, “We are preparing for every scenario. If he keeps this up, he knows what awaits him.”

“We are making diplomatic and operational efforts in a number of fields and areas to prevent these three things. Each one has a detailed plan of action. We are carrying out a lot of actions. You only see the very tip of the iceberg. There are a lot of covert actions by the IDF and the Mossad, as well as diplomatic measures being taken to address these three goals,” the official said.

“We are working with determination combined with responsibility. We don’t act on a whim – it’s part of a complete strategy. We have goals we want to achieve,” he said.

Addressing recent developments on the northern border, the official said that Israel was handling developments there “with caution, even in the past few days.”

“In the past few days, we were surrounded on multiple fronts. We needed to take action on a few different fronts within a 24-hour period. We operated with precision, just like we planned to. If we hadn’t taken those actions, we could have wound up fighting a war we don’t need,” the official said.