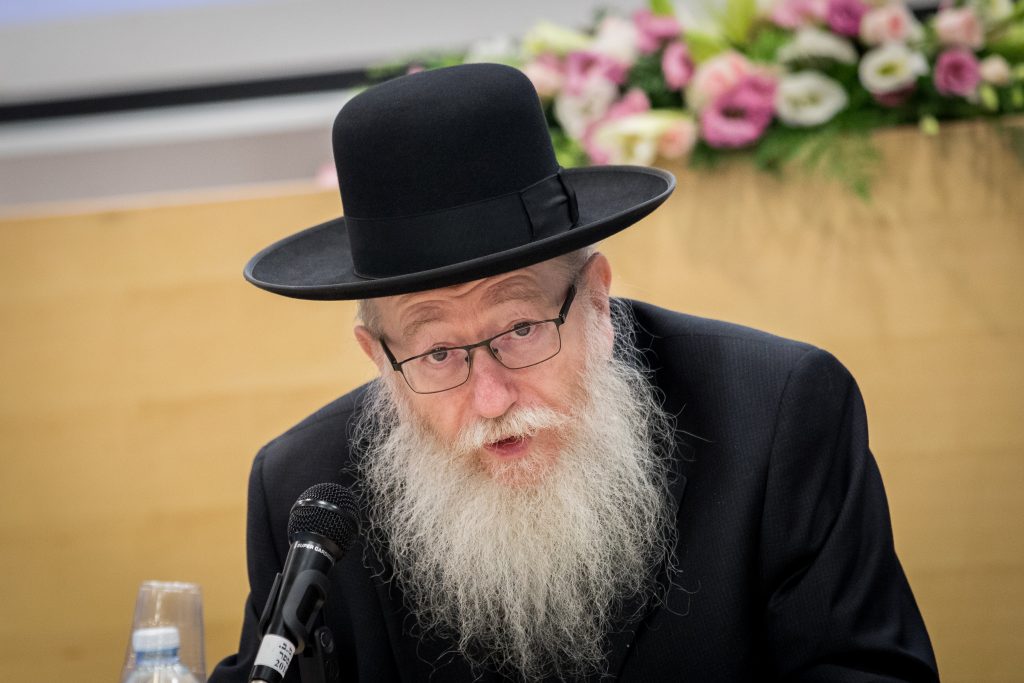 United Torah Judaism will not enter any coalition that does not guarantee to halt infrastructure work on Shabbos, said Deputy Health Minister Rabbi Yaakov Litzman, who is also UTJ party chairman. Rabbi Litzman made the comments Sunday night to Agudas Yisrael representatives in Teveria.

Rabbi Litzman said that UTJ should have mounted a stronger stance against chillul Shabbos. That would change after the upcoming election; the party intended to demand a commitment that work on railroads, highways, subways and other infrastructure not take place on Shabbos. “Let it be clear that we will not join a coalition that does not make this commitment,” he said. “We have never had a situation like today, where Shabbos has been turned into ‘fix-it day.’ If we keep Shabbos, Shabbos will watch out for us, and things will be much quieter here,” he added, apparently referring to the flare-up on the northern border Sunday night.

But it is far from certain that UTJ will get a chance to even present its demands. “Right now the polls do not indicate that Prime Minister Netanyahu will definitely be able to establish a rightwing coalition. We will recommend him for prime minister, but it’s not clear what will happen after the election,” Rabbi Litzman said.

Earlier, Maariv quoted officials in the Yamina party as saying that they “knew for sure” that there were contacts between representatives of Benny Gantz of Blue and White and Netanyahu discussing the possibilities for a coalition deal. Speaking in Tel Aviv Monday, Yemina head Ayelet Shaked said that it was clear that the Likud was “laying the groundwork” for a coalition with Gantz.