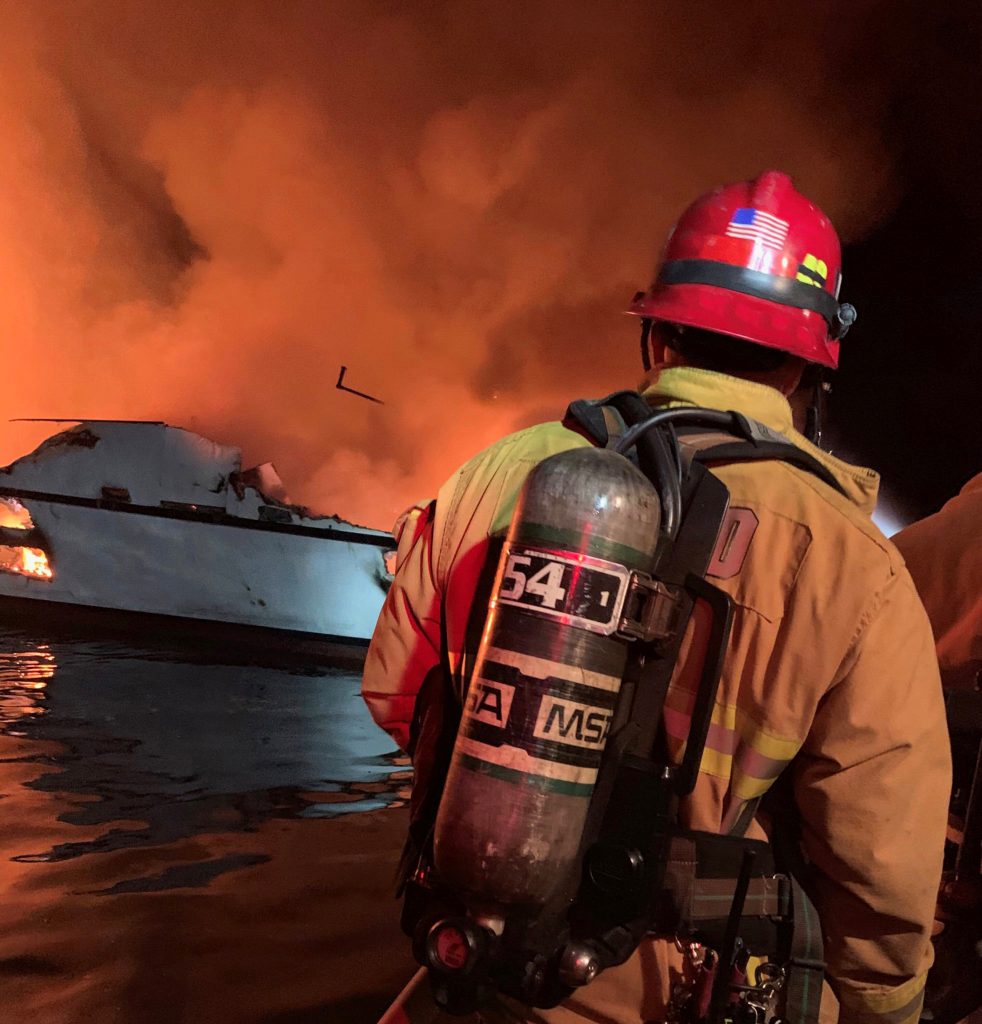 Some people have died and rescuers were searching for 34 more Monday morning after a fire broke out aboard a dive boat off the southern California coast.

Capt. Brian McGrath of the Ventura County Fire Department confirmed some deaths to The Daily Beast but said he could not give an exact number.

Five crew members sleeping on the top deck of the 75-foot (20-meter) commercial scuba diving vessel were rescued, according to Lt. Cmdr. Matthew Kroll of the U.S. Coast Guard. But he said 34 passengers who were sleeping below deck have not been accounted for.

One of the crew suffered minor injuries.

The Coast Guard has helicopters, small boats and a patrol cutter in the area for a search-and-rescue operation off of Santa Cruz Island, about 90 miles (140 kilometers) from Los Angeles.

The Ventura County Fire Department said on Twitter that it responded to the fire around 3:30 a.m. A photo tweeted by the department showed a boat engulfed in flames.

It’s not clear how many people were on the boat, but the Coast Guard earlier said that more than 30 people were “in distress.”