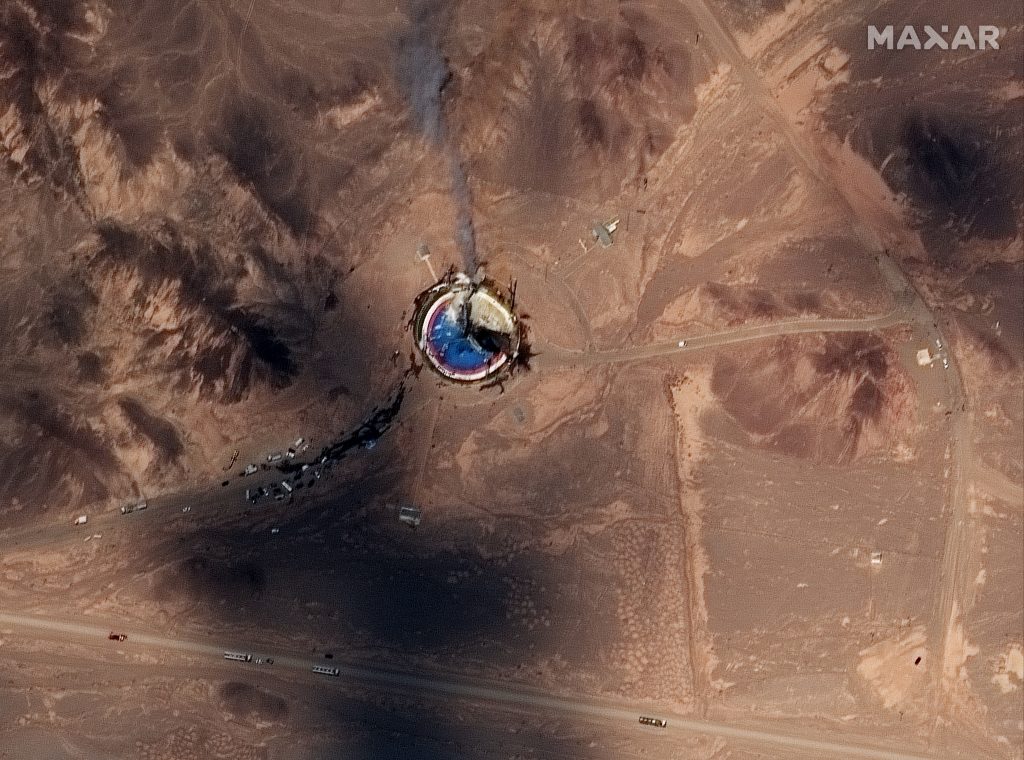 Iran acknowledged for the first time on Monday that a rocket at its Imam Khomeini Space Center exploded after satellite photos showed the blast last week, with an official saying a technical malfunction during a test caused the explosion.

The comments by government spokesman Ali Rabiei were the first explanation offered by Iran for Thursday’s explosion, which came ahead of a planned satellite launch by the Islamic Republic that the U.S. has criticized.

Rabiei also criticized President Donald Trump for tweeting what appeared to be a surveillance photo of the aftermath of the explosion shot by a U.S. spy satellite.

The explosion marked the third failure involving a rocket at the Iranian center, which has raised suspicions of sabotage in Iran’s space program.

However, Rabiei dismissed that, saying that “this has been a technical matter and a technical error. Our experts unanimously say so.”

Commercially available satellite images by Planet Labs Inc. and Maxar Technologies showed a black plume of smoke rising above a launch pad Thursday, with what appeared to be the charred remains of a rocket and its launch stand. In previous days, satellite images had shown officials there repainted the launch pad blue.

The photo released Friday by Trump appeared to be a once-classified surveillance photo from American intelligence agencies. Analysts said the black rectangle in the photo’s upper-left-hand corner likely covered up the photo’s classification.

The image showed damaged vehicles around the launch pad, as well as damage done to the rocket’s launcher. It also clearly showed a large phrase written in Farsi on the pad: “National Product, National Power.”

“The United States of America was not involved in the catastrophic accident during final launch preparations for the Safir SLV Launch at Semnan Launch Site One in Iran,” Trump wrote in his tweet, identifying the rocket used. “I wish Iran best wishes and good luck in determining what happened at Site One.”

Rabiei criticized Trump’s decision to tweet about the rocket explosion.

“We don’t understand why the U.S president tweets and posts satellite pictures with excitement. This is not understandable,” he said. “Maybe this is because lack of Iran-related subjects that they raise such issues.”

The blast followed two failed satellite launches of the Payam and Doosti in January and February. A separate fire at the Imam Khomeini Space Center in February also killed three researchers, authorities said at the time.

Over the past decade, Iran has sent several short-lived satellites into orbit and in 2013 launched a monkey into space.

Iran is preparing to launch the Nahid-1, a communication satellite, into space.

Iran, which long has said it does not seek nuclear weapons, maintains its satellite launches and rocket tests do not have a military component. Tehran also says it hasn’t violated the U.N. resolution as it only “called upon” Tehran not to conduct such tests.

The tests have taken on new importance to the U.S. amid the maximalist approach to Iran taken by President Donald Trump’s administration. Tensions have been high between the countries since Trump unilaterally withdrew the U.S. from Iran’s nuclear deal over a year ago and imposed sanctions, including on Iran’s oil industry. Iran recently has begun to break the accord itself while trying to push Europe to help it sell oil abroad.