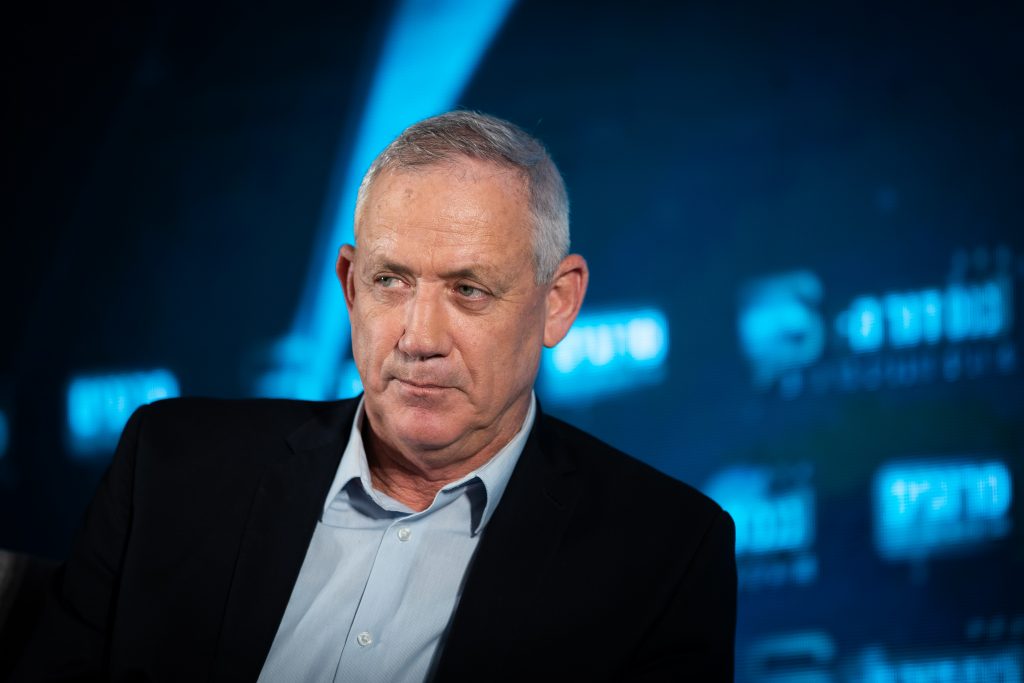 Blue and White party chairman Benny Gantz clarified the similarities and differences between himself and Prime Minister Binyamin Netanyahu regarding the Palestinian issue on Monday.

Gantz promised that he would not support any unilateral moves such as annexation of Jewish communities in Yehudah and Shomron, in contrast to Netanyahu’s recent statement that he would extend Israeli sovereignty to “all parts” of the region.

But on several other points, Gantz showed himself to be much in line with the prime minister.

“I am in favor of us pushing toward an agreement [with the Palestinians] that is based on the principles of retaining control of the Jordan Valley, keeping the settlement blocs, no dividing Yerushalayim, no returning to the ’67 lines, no move that is unilateral,” Gantz told a conference held by the religious-Zionist Srugim in Yerushalayim.

“There will not be another disengagement,” he said, referring to the 2005 forced evacuation of approximately 10,000 Israelis from communities in the Gaza Strip, known as Gush Katif, and a clutch of others in the Shomron. “In the disengagement, there were mistakes we don’t want to repeat.”

In Gantz’s first interview of the previous election campaign, in February, he came under heavy criticism for comments that seemed to express approval of the uprooting of Jews from Gush Katif.

“The disengagement was born of Israel’s diplomatic policy. The parties involved got very high grades for managing to prevent a rift in the nation as they carried it out,” Gantz said.

“So you’re not saddened that we uprooted settlements from there?” the interviewer asked.

“It was a legal action,” Gantz insisted. “It was approved by the government of Israel and carried out by the IDF and the settlers, with great pain but done very well. We have to take its lessons and implement them in other places.”

The Likud construed the reply to mean that Gantz was admitting he had plans to withdraw unilaterally from Yehuda and Shomron, which he denied.