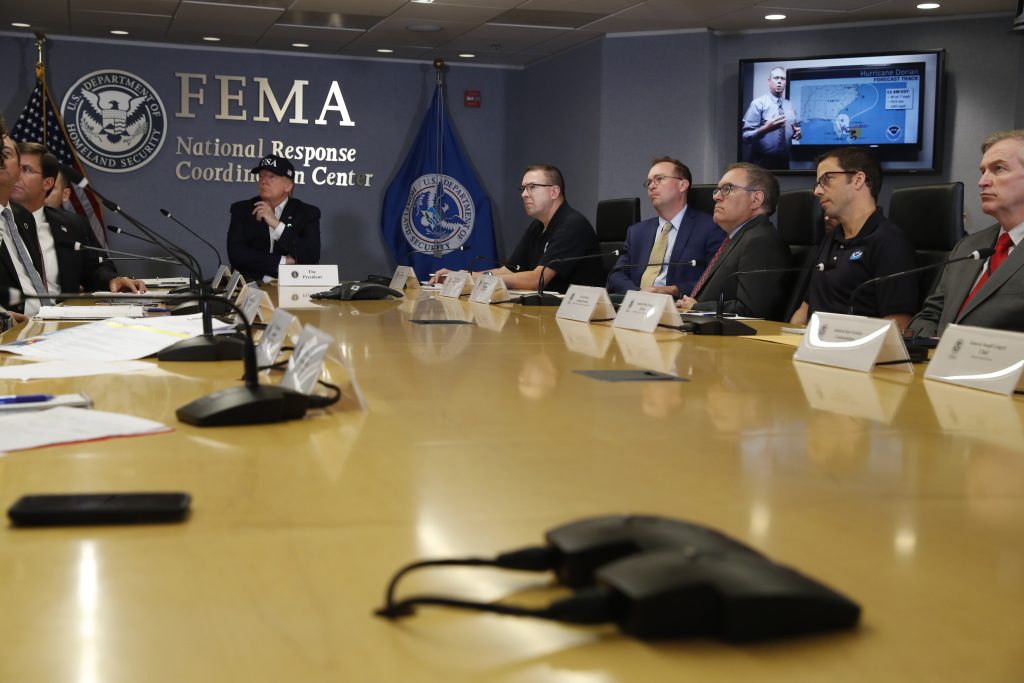 The names of hurricanes may change, but one thing seems to stay the same: Misinformation spreads quickly during these dangerous storms.

Hurricane Dorian, an extremely powerful Category 4 storm that has brought misery to the Bahamas since making landfall Sunday, is expected to be no different.

Here’s a sampling of false information, fabricated photos and hoaxes that have accompanied other big name hurricanes. While some of the misleading information — much of which is spread on social media — may be lighthearted, it can also create confusion or lead to dangerous situations.

CLAIM: All shelters and hotels are required to take in pets.

THE FACTS: It depends on the shelter. Before heading to a shelter or hotel, check to make sure that they allow pets. However, the Americans with Disabilities Act does require that hotels and shelters take in service animals, according to FEMA.

CLAIM: Keeping a window slightly open will prevent wind pressure from breaking them.

THE FACTS: This is false. All doors and windows should be kept closed so debris doesn’t come in, according to NOAA. Windows should be boarded up with plywood, not taped.

CLAIM: Generators can be used indoors.

THE FACTS: A portable generator should never be turned on indoors, even if doors and windows are open. Generators release carbon monoxide, which can be deadly. The Centers for Disease Control and Prevention says to keep a generator at least 20 feet away from the house. Don’t refill the generator with gasoline while it’s still turned on.

CLAIM: Immigration and Customs Enforcement along with U.S. Customs and Border Patrol officials check for citizenship status at shelters.

THE FACTS: FEMA rebutted this claim during Hurricane Harvey in 2017. During Harvey, ICE and CBP released a statement stating that routine noncriminal immigration enforcement operations would not be conducted at evacuation sites or at shelters or food banks.

An ICE spokesman told The Associated Press in an email that the statement holds true for Dorian.

“Despite false rumors to the contrary, ICE does not conduct immigration enforcement operations at hurricane evacuation sites or shelters, such as during and immediately after hurricanes,” he said.

THE FACTS: Cleaning up after the storm won’t stop you from receiving FEMA assistance. Take photos and video of damaged property for FEMA, and clean up as soon as possible to prevent mold.

Probably the most popular image to circulate on social media when there is a storm or flooding is a manipulated image of a shark swimming in a flooded roadway by a car. And by Thursday, such an image was being floated on social media.