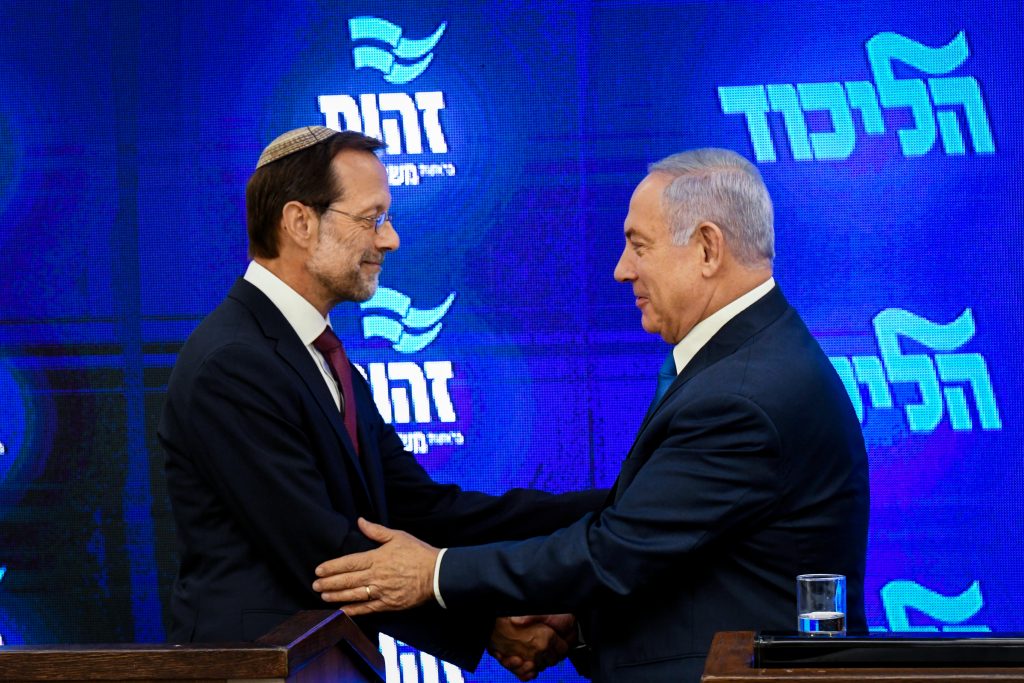 The Zehut party officially ended its bid for the Knesset on Sunday, as members voted to ratify chairman Moshe Feiglin’s deal with Prime Minister Binyamin Netanyahu.

Seventy-seven percent of the party approved last week’s agreement that traded Zehut’s withdrawal from the race in return for a ministerial portfolio, Likud assumption of Zehut’s 3 million shekels in debt, certain market reforms and support for wider access to medical cannabis.

“I thank the party members who approved by a wide margin the deal today which I signed with the Prime Minister,” said Feiglin Sunday evening. “With G-d’s help, the decision we took today will lead us to achieving Zehut’s agenda from inside the government and the Knesset, and in the future towards the building of a party that is important to us, ahead of future challenges.”

A Channel 13 poll indicated that the Zehut withdrawal will not appreciably improve the electoral outcome for either Likud or Yamina. However, the far-right Otzma Yehudit seemed to be helped by it, though not enough to get it across the electoral threshold.

Overall, the field remained almost static, much the same as in other previous polls. Blue and White had a slight edge over Likud, 32 to 31 seats; Avigdor Liberman’s Yisrael Beytenu continued to be the likely coalition kingmaker, with 11 seats.