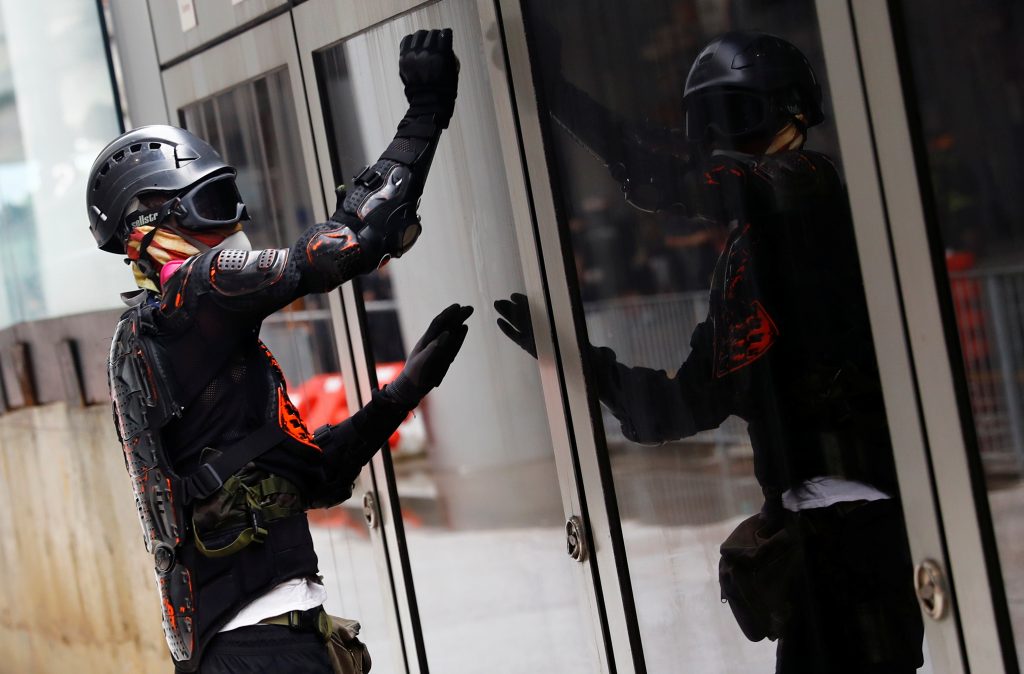 Hundreds of protesters gathered outside Hong Kong’s international airport on Sunday, disrupting travel as they seek to focus global attention on their fight for greater democracy in a city facing its biggest political crisis in decades.

Trains to the airport were suspended and traffic was heavy after protesters urged the public to overwhelm road and rail links to one of the world’s busiest airports.

The gathering at the airport comes after police and protesters clashed overnight in some of the most intense violence since unrest erupted more than three months ago over concerns Beijing was planning to erode the autonomy granted to the city when it was handed back to China from Britain in 1997.

China denies the charge of meddling in Hong Kong, which it says is an internal affair. It has denounced the protests and warned of the damage to the economy.

Protesters outside the airport, many holding umbrellas, chanted, “Fight for freedom! Stand with Hong Kong!” as riot police watched on from inside the terminal building.

“We plan to disrupt activity at the airport to draw attention to what the government and the police are doing to us,” said one 20-year-old protester, asking not to be named. “If we disrupt the airport more foreigners will read the news about Hong Kong.”

City police said the demonstration at the airport was illegal and that protesters had “hurled objects” at officers and charged at water-filled barricades. There were no immediate reports of casualties at the airport.

“The police warn all protesters to stop their illegal acts and leave immediately,” police said in a statement.