World Iranian Oil Tanker Pursued by U.S. Off the Coast of Syria
World 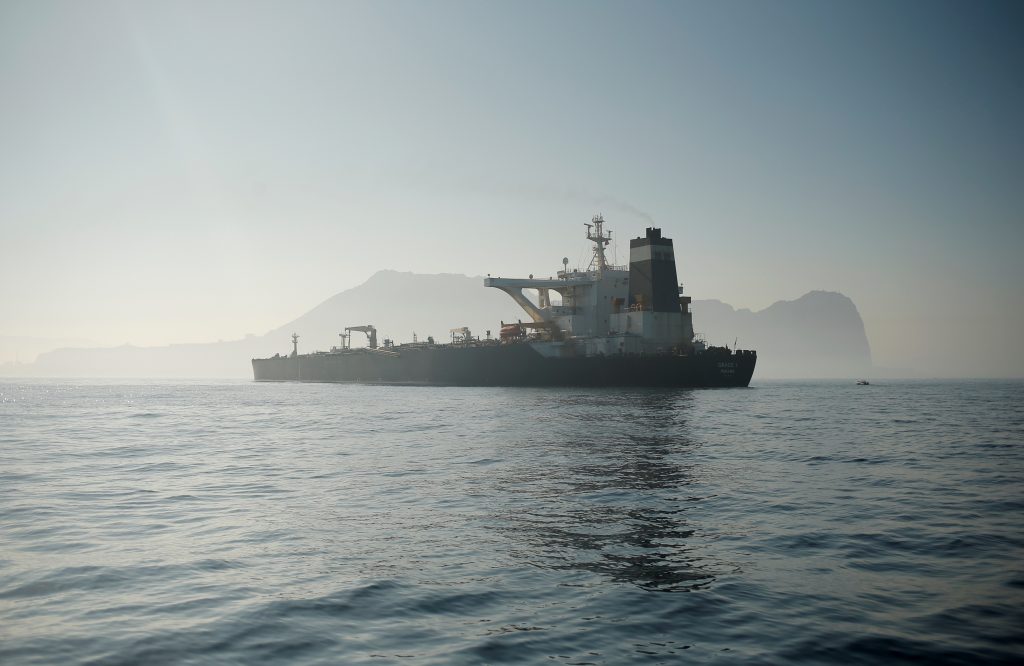 An Iranian oil tanker pursued by the U.S. across the Mediterranean Sea slowed to a near-stop Sunday off the coast of Syria, where America’s top diplomat alleges it will be unloaded despite denials from Tehran.

The ongoing saga of the Adrian Darya 1, formerly known as the Grace 1, comes as tensions remain high between the U.S. and Iran over its unraveling nuclear deal with world powers. Tehran is set to send a deputy foreign minister and a team of economists to Paris on Monday for talks over ways to salvage the accord after a call between Iranian President Hassan Rouhani and French President Emmanuel Macron.

The ship-tracking website MarineTraffic.com showed the Adrian Darya slowed to a near-stop on Sunday some 50 nautical miles off Syria. The ship’s Automatic Identification System does not show its destination after its mariners onboard previously listed it as ports in Greece and Turkey. Turkey’s foreign minister at one point suggested it would go to Lebanon, something denied by a Lebanese official.

The U.S. has been warning countries not to accept the Adrian Darya, which carries 2.1 million barrels of crude oil worth some $130 million.

The U.S. has sanctioned the Adrian Darya‘s captain and has sought to impound the vessel.

Authorities in Gibraltar alleged the ship was bound for a refinery in Baniyas, Syria, when they seized it in early July. They ultimately let it go.

On Friday, U.S. Secretary of State Mike Pompeo alleged on Twitter that the ship was still bound for Syria.

“We have reliable information that the tanker is underway and headed to Tartus, Syria,” Pompeo wrote on Twitter. “I hope it changes course.”

Iranian officials have said the oil onboard the Adrian Darya had been sold to an unnamed buyer. However, anyone buying Iranian crude oil would be subject to U.S. sanctions.

Syrian President Bashar Assad’s adviser Bouthaina Shaaban separately told the Lebanon-based Al-Mayadeen channel that Damascus is trying to get oil that its people need “but authorities don’t know where the Iranian tanker is heading.”

Meanwhile, Iranian Deputy Foreign Minister Abbas Araghchi is due to travel to Paris with economists on Monday, the state-run IRNA news agency reported. That came after a call Saturday between Rouhani and Macron, who recently surprised the Group of Seven summit in France by inviting Iranian Foreign Minister Mohammad Javad Zarif there.

Iran is set to further break the terms of the nuclear deal on Friday if Europe fails to offer it a way to sell its crude oil on the global market. The U.S. under President Donald Trump unilaterally withdrew from the deal over a year ago and imposed sanctions on Iran that are battering its economy.

The deal’s “terms are not changeable and all the parties need be committed to its content,” Rouhani said, according to IRNA.