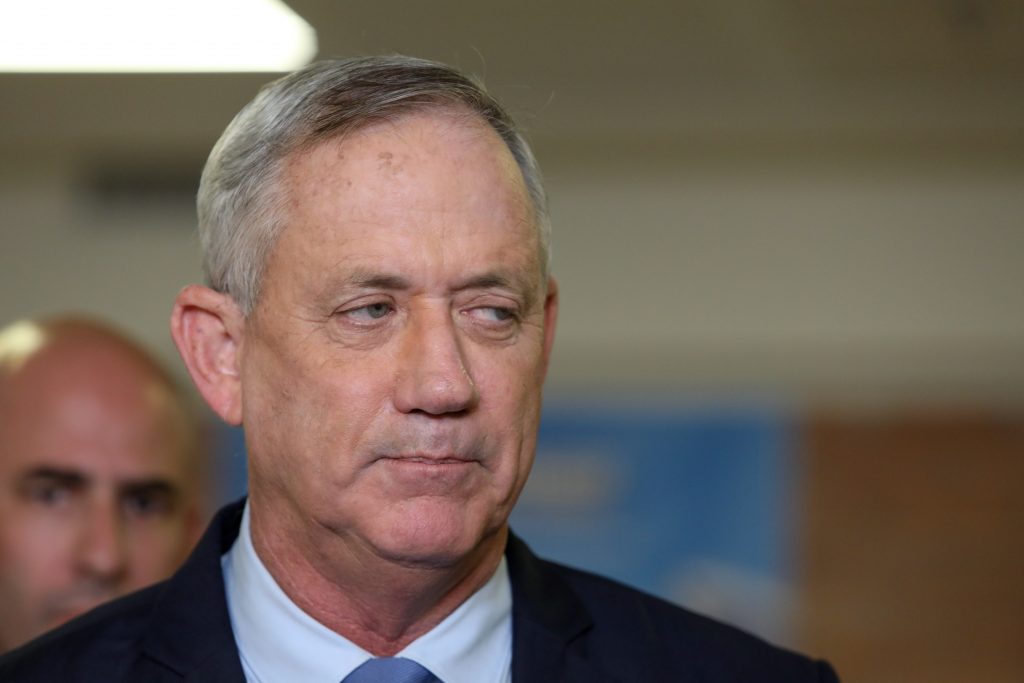 Blue and White leader Benny Gantz suspended his party’s electoral campaign on Sunday, citing the escalation on the northern border.

There is “no opposition and no coalition” during a time of national crisis, he said in a statement.

“In light of the security situation, I have ordered our campaign frozen at this stage until the security incidents are clarified,” Gantz said.

Not long after Gantz’s statement, the IDF said that it appeared that the flareup with Hezbollah was over for the time being.

“The children in the north are in shelters for one reason: Because Bibi [Netanyahu] violated the successful policy of ambiguity because of the elections,” tweeted Lapid. “This is what happens when the prime minister plays politics at the expense of security.”

Likud noted the apparent lack of coordination—Gantz holding fire while Lapid popped off:

“Two contradictory tweets from Lapid and Gantz put out in the same minute. One big Balagantz,” the party tweeted, coining a portmanteau of Gantz’s name and the Hebrew slang word for “mess,” balagan.

Likud also accused Lapid of irresponsible rhetoric, saying that “Yair Lapid joined his natural partners from the Joint [Arab] List and attacked Prime Minister Netanyahu while he was navigating, with responsibility and firmness, a complicated security incident in the north,” it said.

“Lapid was seriously mistaken when he chose to play politics at the expense of IDF soldiers as they were fighting Hezbollah,” Likud added.

“Your moral preaching and self-righteousness don’t make any impression on me,” Lapid tweeted back.