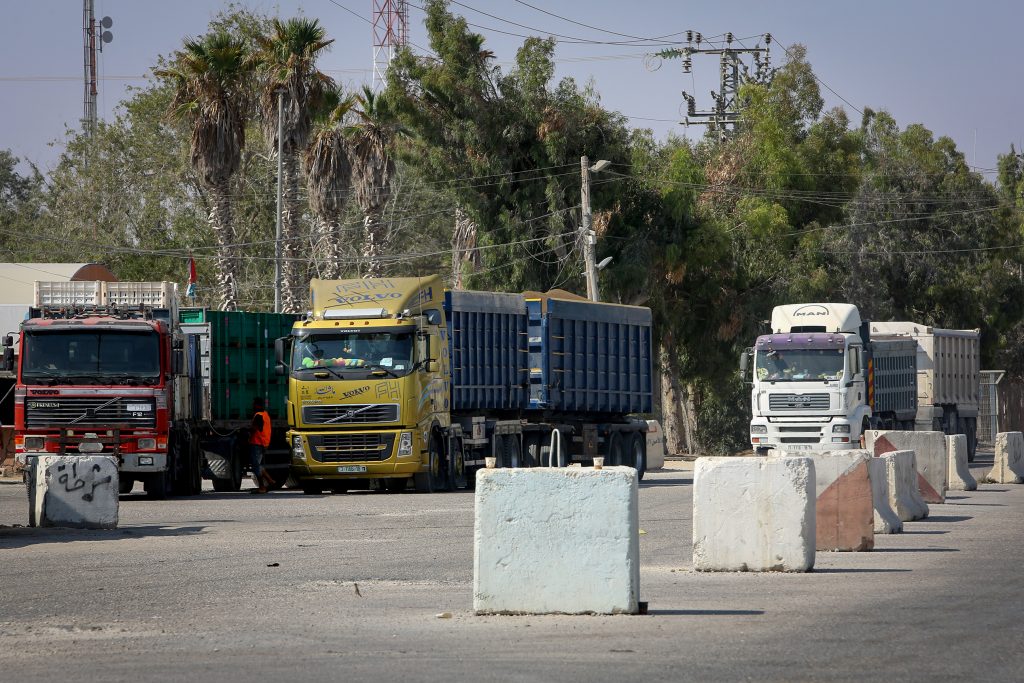 Despite a weekend wracked with violence at the Gaza border, Israel on Sunday restored full shipments of diesel fuel to Gaza. The supply of fuel to Gaza was cut in half last week, after Hamas fired several rockets at Israel.

On Friday, Gaza Arab terrorists threw hundreds of firebombs at IDF soldiers as some 6,000 of them rioted at the border fence. Terrorists also threw firebombs directly at IDF vehicles. One soldier was injured Friday night from shrapnel when a bomb exploded near him. There were also at least four attempts by terrorists to break through the Gaza border fence Friday.

Egyptian officials have in recent days presented to Hamas leaders a new deal that would bring a long-term truce to Gaza, enabling the region to get back on its feet economically. Failure to accept the deal, the Egyptians warned, would lead to a major Israeli campaign that would probably bring about the end of Hamas rule in Gaza.

A report in the Lebanese Al-Ahbar newspaper Friday detailed the points of the Israeli proposal that the Egyptians presented to Hamas. In exchange for a long-term hudna, a ceasefire that does not necessitate the establishment of a formal agreement, Israel would liberalize many of its policies, including allowing more freedom of movement for Gazans, allowing more of them into Israel to work, and giving Gaza more access to money and resources.

The offer comes after a several-week period that has seen an uptick in violence. Red Alert warning sirens were heard in southern Israel several times over the past week, and two days ago at least two missiles fell in the Sderot area. A third rocket was disabled by an Iron Dome missile, with the explosion visible to over 4,000 people who were attending an open-air festival in Sderot. Several people were injured when they tried to flee the scene.