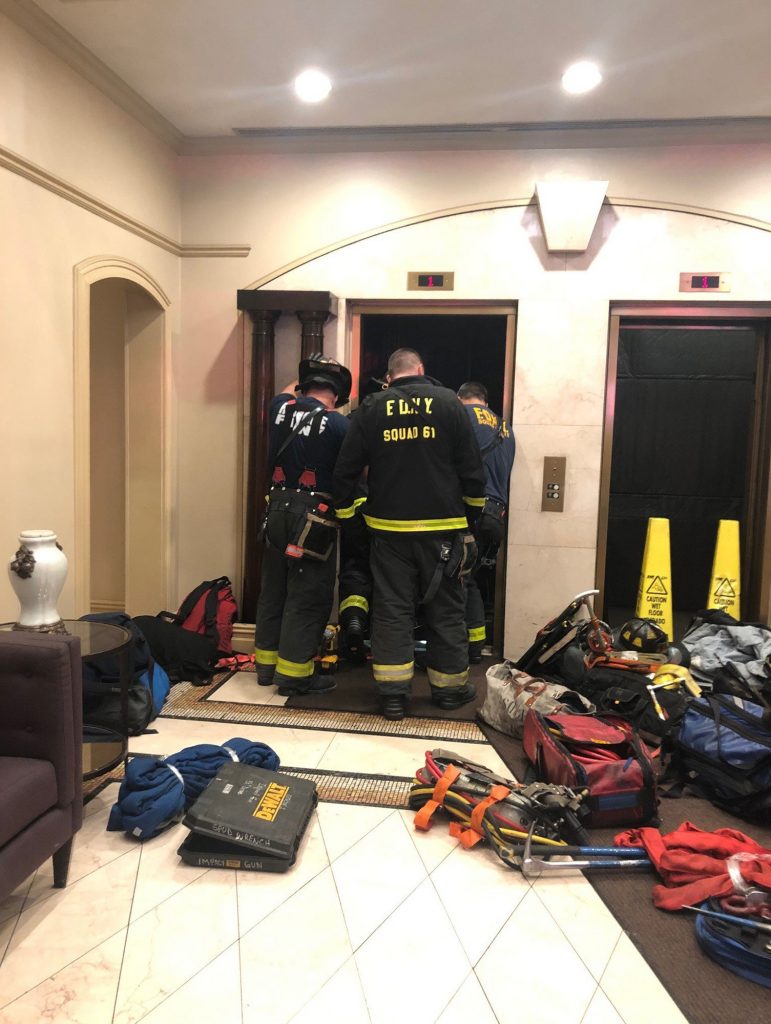 The family of the Manhattan man killed in a freak elevator accident at his luxury apartment building plans to file a wrongful death lawsuit in the gruesome death, court papers show.

The three-page Manhattan Supreme Court document, filed Friday, called for the building owners, its management and the elevator company to “preserve and maintain” all videos, maintenance and service records, inspection records and other documents related to the shocking Aug. 22 death of Samuel Waisbren.

The 30-year-old victim wound up pinned between the elevator and the shaft wall while exiting into the lobby of the 23-story Kips Bay apartment building. Wasibren was riding with six other passengers who walked away without injury before the elevator suddenly plummeted and killed him.

Waisbren’s uncle Benjamin and father Charles hired a law firm to “investigate and prosecute a claim for the wrongful death and personal injuries sustained by Sam,” court papers said.

The family is seeking “certain information so that the parties can be identified to aid in the framing of a complaint in an action to be commenced for the death of Sam Waisbren,” the document added.

Waisbren was laid to rest in his hometown of Fox Point, Wis., about 10 miles from Milwaukee, earlier this week.

Both the city Department of Investigation and the Department of Buildings were investigating the shocking death of the Midwesterner who moved to the city six years ago. The elevator was last inspected by the city this past March, while a maintenance company did its own check of the elevator earlier in August.

An adjacent elevator at the Kips Bay building failed a May inspection which found that a mechanism that prevents it from opening between floors was defective. The building’s management fixed the problem later that month, but still has not paid the fines associated with it.

Waisbren had complained to his family about elevator problems, his father told the New York Daily News last week.

“My feeling about New York is you pay a bazillion dollars for rent, the least they could do is provide safety,” a devastated Charles Waisbren told The News.

“It’s hard to see how you can go on living when such a big thing is taken from you.”