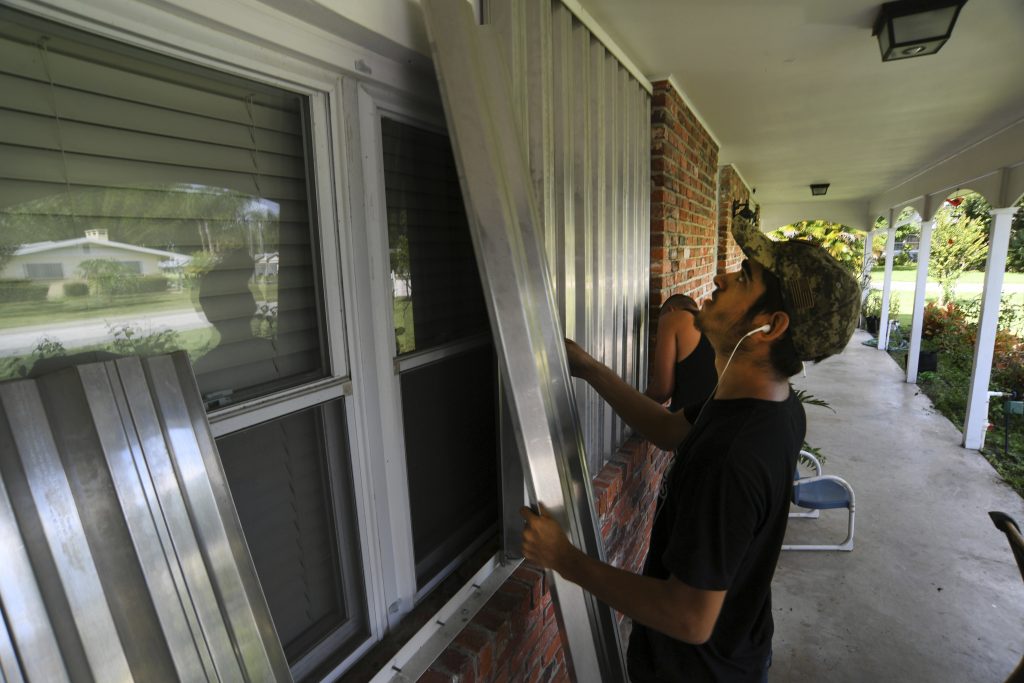 We strongly urge everyone to be proactive and not wait until the last minute to implement a hurricane preparedness plan. Preparations include bringing in yard items, having flashlights and batteries on hand, filling up your car with gas, having water and non-perishable foods available, filling prescriptions, taking out cash, etc. For more information on hurricane preparedness, please visit https://www.miamidade.gov/hurricane/library/guide-to-hurricane-readiness.pdf.

In the event of an evacuation order, we strongly urge you to leave the evacuation zone and relocate to a safe location.

If you or a family member living in the affected areas has a medical condition that is dependent on electricity, such as oxygen, etc., we strongly urge you to do your best to relocate to a safe location with more reliable electricity.

Hatzalah will remain active and will continue responding to calls throughout our regular coverage areas until it is unsafe to do so.

These lines will be answered 24/7 from a location outside the affected area to ensure uninterrupted communications.

Residents who are remaining in town are strongly urged to register using the form below and provide information such as location, how many people, contact info, and if there are any people with medical conditions who may require assistance.

We hope and pray that all of these precautions and preparations will not be needed.

Unsure of where Hurricane Dorian might strike, Florida residents watched the increasingly dire forecast with a sense of helplessness Friday and braced for what could be the most powerful storm to hit the state’s east coast in nearly 30 years.

President Donald Trump — whose Mar-a-Lago resort in Palm Beach was in the crosshairs — warned it could be an “absolute monster.”

“All indications are it’s going to hit very hard and it’s going to be very big,” Trump said in a tweeted video, comparing Dorian to Hurricane Andrew, which obliterated thousands of homes south of Miami with winds topping 165 mph in 1992.

The National Hurricane Center said the Category 2 storm is expected to strengthen into a potentially catastrophic Category 4 with winds of almost 140 mph and slam the coast late Monday or early Tuesday — nearly 10 mph faster and a day later than previously forecast, as Dorian’s forward motion began to slow.

Trump declared a state of emergency in Florida and authorized the Federal Emergency Management Agency to coordinate disaster-relief efforts.

The hurricane center’s projected track showed the storm hitting around Palm Beach County, the site of Mar-a-Lago. But predicting its course with any confidence this far out is difficult, and forecasters cautioned that all of Florida, including Miami, Fort Lauderdale and Orlando, could be in harm’s way.

Forecasters warned, too, that the storm’s slow movement could subject the state to a drawn-out pummeling from wind, storm surge and heavy rain.

Jessica Armesto and her 1-year-old daughter, Mila, had planned to have breakfast at Disney World. Instead, Armesto decided to take shelter at her mother’s hurricane-resistant house in Miami with a kitchen full of nonperishable foods in case the power goes out.

“It felt like it was better to be safe than sorry, so we canceled our plans,” Armesto said.

With the storm still days away, Florida authorities held off ordering any mass evacuations. Gov. Ron DeSantis said that if people were told to evacuate now and Dorian changed course, they could find themselves heading into the storm — something that happened during previous hurricanes.

Supermarkets ran out of bottled water and long lines formed at gas stations, with fuel shortages reported in some places. But the governor said the Florida Highway Patrol would begin escorting fuel trucks to help them get past the lines of waiting motorists and replenish gas stations.

At a Publix supermarket in Cocoa Beach, Ed Ciecirski in the customer service department said the pharmacy was extra busy with people rushing to fill prescriptions. The grocery was rationing bottled water and had run out of dry ice.

“It’s hairy,” the 69-year-old Ciecirski said. But he said he was used to commotion after working for years as a supervisor for the post office.

Josefine Larrauri went to a Publix supermarket in Miami only to find empty shelves in the water section.

“I feel helpless because the whole coast is threatened,” she said. “What’s the use of going all the way to Georgia if it can land there?”

Feeding on the warm waters in the open ocean, Dorian steamed toward the U.S. after rolling through the Virgin Islands and Puerto Rico, where it inflicted less damage than feared but was blamed for at least one death.

As of midday Friday, Dorian was centered about 660 miles east of West Palm Beach with winds of 110 mph and was moving northwest at a slowed-down 10 mph. Forecasters said it was expected to keep strengthening and become a Category 3 later in the day.

Coastal areas in the Southeast could get 6 to 12 inches of rain, with 18 inches in some places, triggering life-threatening flash floods, the hurricane center said.

Also imperiled were the Bahamas, where the sound of hammering echoed across the islands as people boarded up their homes with plywood. Canned food and bottled water were disappearing quickly. The storm was expected to hit by Sunday.

At Kennedy Space Center in Cape Canaveral, NASA began slowly moving a 380-foot-high mobile launch platform to the safety of the colossal Vehicle Assembly Building, built to withstand 125 mph wind. The launcher is for the mega rocket that NASA is developing to take astronauts to the moon.

The hurricane season typically peaks between mid-August and late October. One of the most powerful storms ever to hit the U.S. was on Labor Day 1935. The unnamed Category 5 hurricane crashed ashore along Florida’s Gulf Coast on Sept. 2. It was blamed for over 400 deaths.