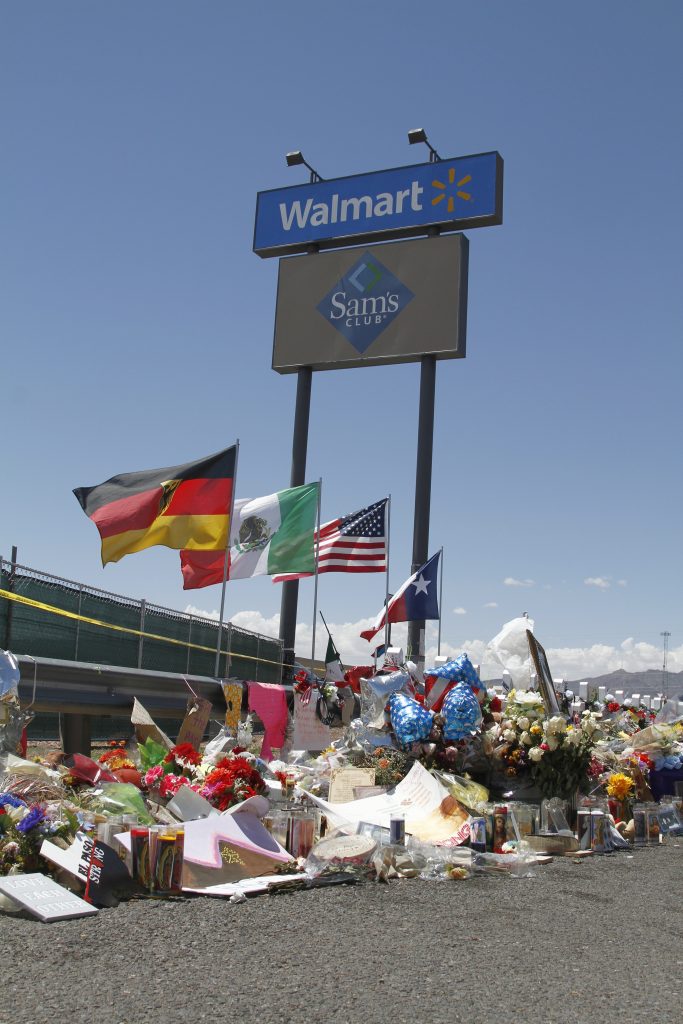 EL PASO (AP) — Walmart plans to reopen the El Paso store where 22 people were killed in a shooting earlier this month, the retail giant said Thursday, but the entire interior of the building will first be rebuilt.

The renovated store will include an on-site memorial honoring the victims of the shooting, many of whom were Latino, and recognizing the “binational relationship between El Paso and Ciudad Juarez” just across the border in Mexico, Walmart spokesman Randy Hargrove said. The project is expected to take three to four months.

Nearly all of the 400 employees at the El Paso store have been reassigned to other nearby locations, Hargrove said, and the Arkansas-based company believes reopening the store is “an important step in healing from this tragedy.”

“Nothing will erase the pain of Aug. 3 and we’re hopeful that reopening the store will be another testament to the strength and resiliency that has characterized the El Paso community in the wake of this tragedy,” Hargrove said.

Many shoppers from Ciudad Juarez went there because it is the closest Walmart to the four border bridges that connect to El Paso. Eight of the people killed in the shooting were Mexican citizens. The vast majority had Hispanic names.

Authorities took more than 10 days to finish processing evidence before returning control of the property to Walmart. It was less time than officials initially anticipated given the scope of the carnage, plus the size of the crime scene where police said up to 3,000 shoppers had gathered. The FBI has returned most of the 230 vehicles that had been in limbo behind crime scene tape for days after the attack.

“It was very meticulous work and certainly not rushed, but working around the clock with our counterparts in the FBI, investigators were able to complete the task sooner than initially anticipated,” El Paso Police Department spokesman Enrique Carrillo.

Police said the suspected gunman, Patrick Crusius, confessed to targeting Mexicans in the attack. They’ve also said that the suspected shooter is the likely author of an anti-Latino screed published online shortly before the shooting. It criticized race-mixing and called Hispanics “invaders.”

Texas Gov. Greg Abbott met Thursday in Austin with officials from tech giants Google, Facebook and Twitter to discuss ways of combating extremism. Abbott hasn’t proposed any new major gun-control measures but called for a crackdown on internet sites used by violent extremists in the immediate aftermath of the shooting.

Police are still preparing their investigation for the local prosecutor, Jaime Esparza, who has said he will seek the death penalty. The Department of Justice has said it will bring federal capital murder charges, and is investigating the shooting as domestic terrorism.

Crusius has been on a suicide watch in an El Paso jail since Aug. 7, according to El Paso County Sheriff’s office spokeswoman Chris Acosta. Crusius has been separated from other inmates, Acosta said Wednesday.

In the days after the shooting, Hargrove said the company was reviewing security protocols. Walmart launched computer-based active shooter training in 2015 and has since increased frequency of its instruction and added a virtual reality component.

The El Paso City Council has been researching the possibility of requiring armed security guards for large stores, and of requiring certain additional security features at store entrances.

“People are not picking on Walmart in particular but, they used to have off-duty officers hired there all the time. And then for some reason, it went away,” police chief Greg Allen told city council members in an Aug. 8 briefing.

A police spokesman declined to elaborate on the chief’s comments and referred questions to Walmart.