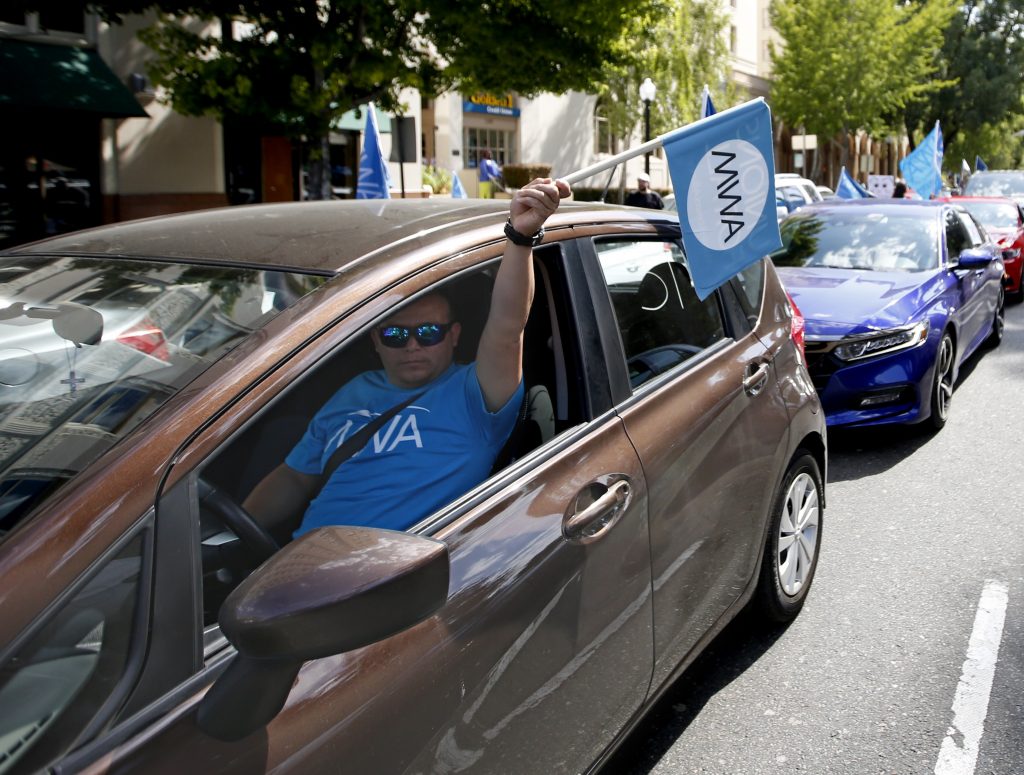 Uber and Lyft threatened Thursday to spend at least $60 million on a California ballot measure if they can’t reach a deal with unions and lawmakers on legislation that would change the rights of their drivers and other so-called gig workers.

“We remain focused on reaching a deal, and are confident about bringing this issue to the voters if necessary,” Adrian Durbin, senior director of communications at Lyft, said in a statement.

The companies’ team-up comes as California lawmakers debate a bill that would make it harder to classify workers as independent contractors instead of employees. As employees, workers are entitled to more wage protections and benefits. But the companies say labeling them as such would upend their business model built around driver flexibility.

The California Labor Federation, which sponsored the bill, quickly vowed to fight a ballot measure.

“We will meet the gig companies’ absurd political spending with a vigorous worker-led campaign to defeat this measure to ensure working people have the basic job protections and the right to organize a union they deserve under the law,” said Steve Smith, the federation’s spokesman.

Both companies say they would skip the ballot if they can reach a deal with Gov. Gavin Newsom and unions on a new piece of legislation that sets separate rules for rideshare drivers. It’s unclear if it would extend to other companies that offer “gig” work, like driving for on-demand meal delivery services Postmates and DoorDash.

This isn’t the first time an industry has pressured lawmakers to act by dangling the prospect of a long and costly ballot fight. Last year , beverage companies, the paint industry and a wealthy developer all withdrew initiatives at the last minute after striking deals with lawmakers.

The legislation faces a vote Friday in a key state Senate committee. California’s law would be the strictest on worker classification in the nation and potentially set a precedent for other states to follow, increasing the pressure on the companies.

Durbin and Davis White, of Uber, said the companies have agreed to set a base hourly wage of $21 for drivers, to pay into a fund that drivers could tap for portable benefits and to establish sectoral bargaining. That would allow drivers who work for various companies to bargain together.

Proposed text for the ballot measure has not been released, but Davis and White said the companies plan to deposit the money in a campaign account later Thursday.

Newsom, a Democrat, clashed with the State Building and Construction Trade Council earlier this week on the bill. But at least one union, the SEIU, has indicated a willingness to set new standards specific to gig workers.

Ann O’Leary, Newsom’s chief of staff, said in a statement Wednesday that the governor’s office is “aggressively fighting for the right of workers to organize and earn higher wages.”