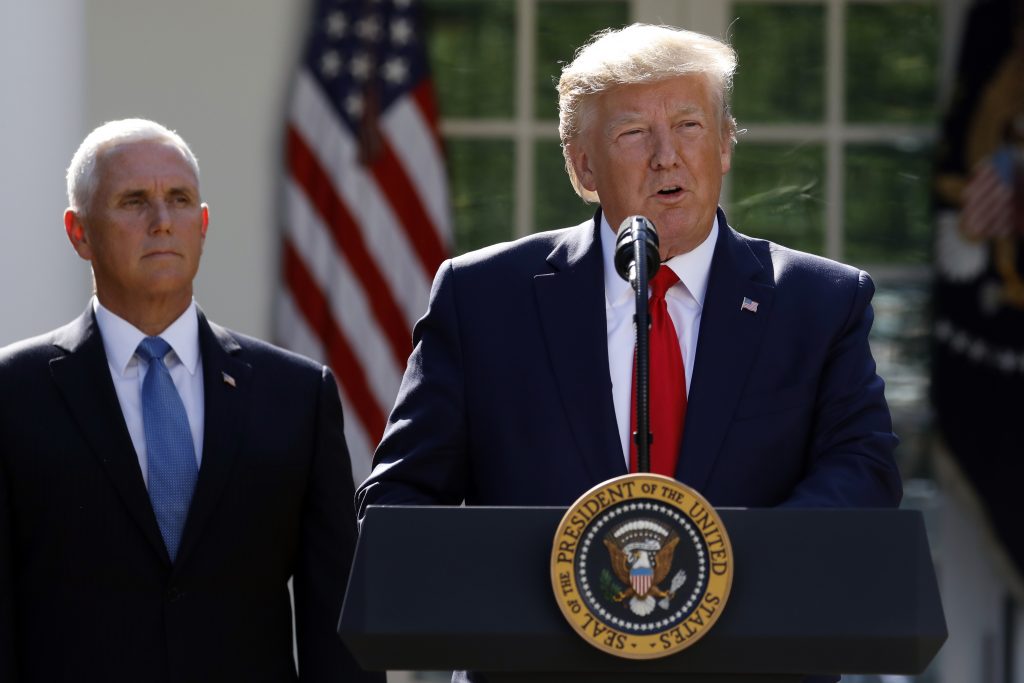 Trump, announcing the last-minute change of plans at a Rose Garden signing ceremony, said it was “very important” for him to be in Washington to deal with the storm, which the National Hurricane Center predicts will make landfall on Labor Day as a Category 4 storm with 130 mph winds.

“Our highest priority is the safety and security of the American people in the path of the hurricane,” Trump said.

Trump had been scheduled to depart for Warsaw Saturday, returning home Monday, for a visit to commemorate the 80th anniversary of the start of World War II. He said he’ll be sending Vice President Mike Pence in his place.

It’s the second time Trump has canceled a trip in recent weeks. The president had originally been scheduled to fly from Poland to Copenhagen for his first official trip to Denmark, but canceled after leaders there mocked his desire to purchase Greenland. He just returned from France, where he attended the annual Group of Seven world leaders’ summit.

Trump said he had delivered the news of the cancellation to Polish President Andrzej Duda earlier Thursday and plans to reschedule the trip — which would have been his second to Warsaw — in the “near future.”

Currently a Category 1 storm, Dorian left lighter-than-expected damage in its wake in Puerto Rico and the Virgin Islands, but is expected to strengthen into a potentially catastrophic Cat 4 by the time it slams into the U.S. on Monday, somewhere between the Florida Keys and southern Georgia.

Meteorologists say it could hit practically anywhere in Florida because the weather forces that will determine its path have not yet had their showdown.