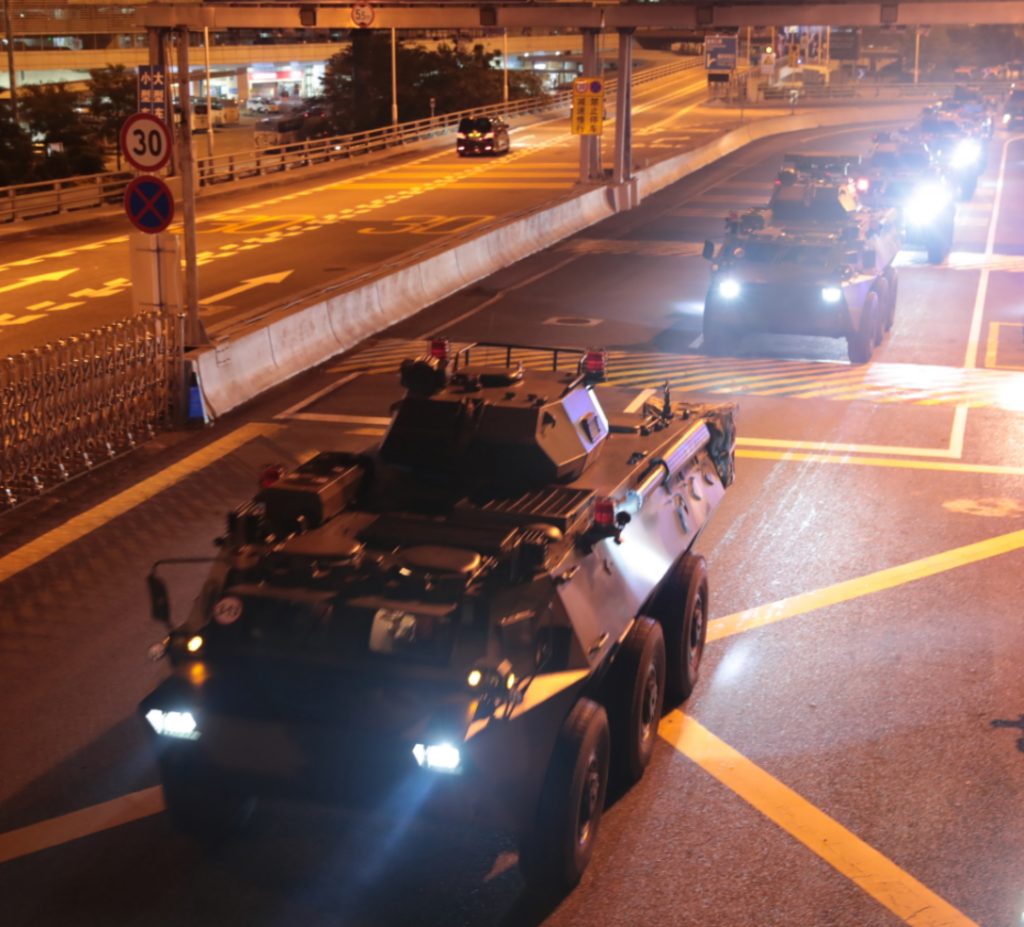 China’s military deployed fresh troops to Hong Kong on Thursday in what it called a routine rotation amid speculation that it might intervene in the city’s pro-democracy protests.

Chinese media showed a long convoy of armored personnel carriers and trucks crossing the border at night and troops in formation disembarking from a ship. Earlier, scores of soldiers ran in unison onto trucks, which the state broadcaster said were bound for ports and entry points into Hong Kong. A handover ceremony was held before dawn.

“This time the task has a glorious mission. The responsibility is great. The job is difficult,” an unnamed major said to troops before they departed. “The time for a true test has arrived!”

The official Xinhua News Agency said it was the 22nd rotation of the People’s Liberation Army’s garrison in Hong Kong. The previous one was in August 2018.

Nearly three months of fiery anti-government demonstrations have sparked concerns that the military will be deployed in the semi-autonomous Chinese city. The Hong Kong garrison earlier published promotional footage with scenes of soldiers facing off with people dressed like protesters.

A leader of 2014 pro-democracy protests in Hong Kong said the city’s government is using the same tactics as it did five years ago.

“The government is just trying to threaten people with emergency law, with the entrance of the People’s Liberation Army,” Yvonne Leung said at a news conference.

“We will firmly implement the guideline of ‘one country, two systems’ and the Basic Law and the Garrison Law of Hong Kong,” Liu Zhaohui, the garrison’s deputy chief of staff, said on CCTV.

The Garrison Law allows the Hong Kong-stationed troops to help maintain public order at the request of the city government. That has never happened, and Hong Kong authorities have said they can handle the situation themselves.

The Xinhua report on the previous rotation in August 2018 did not mention “one country, two systems” or national sovereignty.