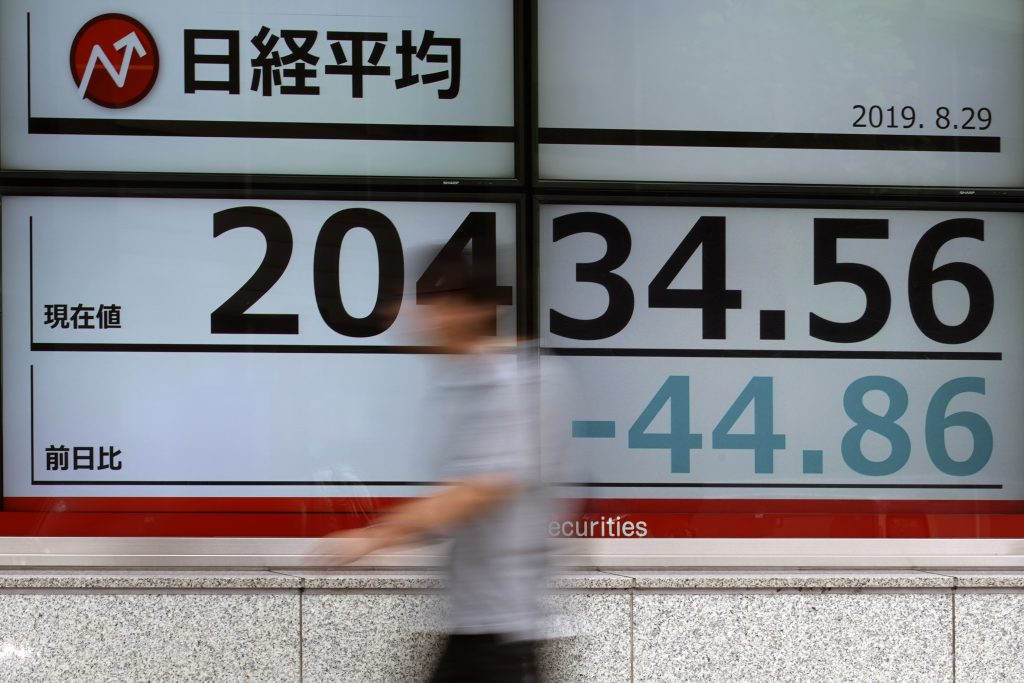 Investors were looking for news about the outlook for U.S.-Chinese trade negotiations following confusion over President Donald Trump’s conflicting statements about the status of talks.

Negotiators are due to meet in September but there has been no sign of progress. Investors worry the spiraling tariff war over trade and technology could tip the global economy into recession.

Markets are less sensitive to each announcement of U.S. and Chinese tariff hikes, but “we will likely continue to see downward price action at the announcements of new measures,” said Anderson.

Traders looking for safety snapped up U.S. government bonds. The trend drove long-term bond yields further below short-term ones. That inversion of the U.S. yield curve is a rare phenomenon that has correctly predicted previous recessions.

When the U.S. yield curve inverted earlier this month for the first time since 2007, it led to a broad market sell-off. This week, investors’ reaction has been more muted.

U.S. economic growth slowed to an annual rate of 2.1% in the April-June quarter from 3.1% in the first quarter.

While an inverted yield curve has preceded every U.S. recession, it is not a signal that one is imminent. It has taken 14 to 34 months for past recessions to begin following a yield curve inversion.