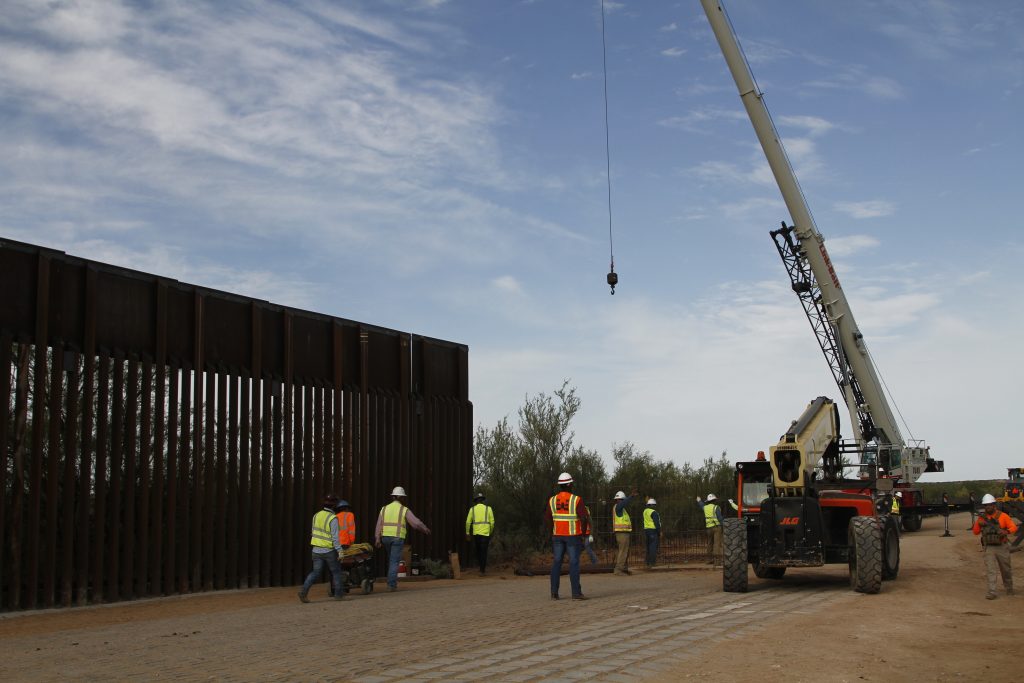 President Donald Trump has told officials that he would pardon them if they’re convicted of breaking any laws in the rush to complete several hundred miles of border wall along the U.S.-Mexico border ahead of the 2020 election, according to The Washington Post.

The Post reports that the president has directed aides to aggressively push ahead with construction contracts and seizing private land while glossing over environmental rules, brushing off worries about contracting procedures and eminent domain, giving orders to “take the land.”

Based on interviews The Post conducted with those involved with the project, Trump has told concerned members of his administration who suggested that some orders are illegal that he would pardon them if getting the barriers constructed quickly would require breaking laws.

When reporters with The Post reached out for comment, a White House official told them on the condition of anonymity that Trump is joking when he makes statements about pardons in the context of the border wall.

The construction of a border wall along the nearly 2,000-mile U.S.-Mexico border has been one of Trump’s signature promises. When he was on the campaign trail, he vowed to erect a southern border wall to block people from illegally crossing into the U.S.

The report comes after the Department of Homeland Security announced Tuesday that $271 million would be moved from other agencies including FEMA and the Coast Guard to fund operations at the border wall.

In a statement, officials said they would transfer $155 million to create temporary facilities along the U.S.-Mexico border for holding hearings with the aim of moving asylum cases through the system faster. The money would also increase the number of beds for detained immigrants and would support the department’s policy of forcing asylum-seekers to wait in Mexico while their cases are considered.

The shuffling of funds targeting immigration comes after the president has long battled Congress to allocate money for the wall project that hadn’t seen any headway as of the two-year mark of Trump’s presidency. The bitter clash has involved a government shutdown, the declaration of a national immigration emergency in order to pull money from other parts of the federal budget and legal battles challenging the government’s spending policy.

Even so, Trump has maintained the wall’s construction as a central theme of his presidency and has claimed at rallies that “the big beautiful wall right on the Rio Grande” was underway even when the Homeland Security Department told the Los Angeles Times that only some brush had been cleared in anticipation of construction. That approach is why chants and signs at the president’s rallies have evolved from “Build the wall” into “Finish the wall.”

Immigration issues, including the border wall, have been a flashpoint between Trump and California. The Post’s report comes after state officials announced a federal lawsuit challenging a rule that allows indefinite detention of migrant children and their families, marking the 57th legal challenge filed by California against the Trump administration.