Business OxyContin Maker Negotiating Settlement Worth a Reported $12B
Business 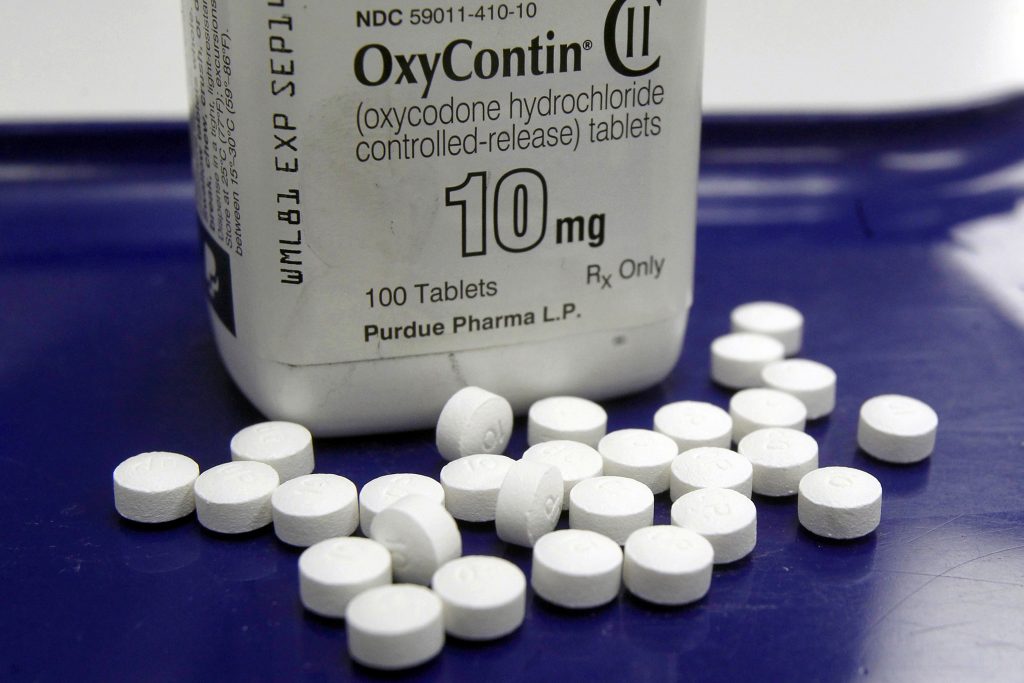 Purdue Pharma and the thousands of state and local governments suing the maker of OxyContin over the nation’s deadly opioid crisis are negotiating a $10 billion to $12 billion settlement under which the Sackler family would give up ownership of the company, according to published reports.

Under the proposal now on the table, the Sacklers would contribute $3 billion of their own money toward the total, and the company would file for Chapter 11 bankruptcy and transform itself into a “public beneficiary trust,” with all profits from drug sales going to the plaintiffs, The New York Times reported Wednesday. It said a document outlining the tentative agreement was described to the newspaper.

Also, Purdue Pharma would supply its addiction treatment drugs free to the public, and the Sacklers would sell another pharmaceutical company, Mundipharma, which would add $1.5 billion to the settlement, the Times said.

In a statement, the Stamford, Connecticut-based company did not confirm any of the details — some of them also reported by NBC — but said it sees little good in years of “wasteful litigation and appeals.”

“Purdue believes a constructive global resolution is the best path forward, and the company is actively working with the state attorneys general and other plaintiffs to achieve this outcome,” it said.

Paul Farrell Jr., a lead plaintiffs’ lawyer representing local governments, said all sides remain under a gag order: “All we can confirm is that we are in active settlement discussions with Purdue.”

“Our mission here has always been clear — make Purdue Pharma and the other manufacturers and distributors pay for what they did to Pennsylvania and its people, and put the Sackler family out of the opioid business for good,” said Jacklin Rhoads, spokeswoman for Pennsylvania Attorney General Josh Shapiro, whose office is taking part in the Cleveland negotiations.

The settlement talks involve more than 2,000 lawsuits against the company and other players in the painkiller industry over the opioid overdose epidemic that has killed more than 400,000 people in the U.S. since 2000 and torn apart communities. The first federal trial over the devastating toll is scheduled to start in Cleveland in two months.

Purdue has been cast by attorneys and addiction experts as a chief villain in the crisis. While its painkillers represent a very small piece of the opioid market, the lawsuits accuse it of playing a central role in creating demand for the drugs by downplaying OxyContin’s addiction risks and pushing doctors hard to prescribe it.

New York Attorney General Letitia James said in a statement that the Sackler family “started a national fire” and has “made billions profiting from death and destruction.”

The Sacklers were ranked America’s 19th-richest family by Forbes magazine in 2016, with a net worth estimated at $13 billion.

In March, Purdue and the Sackler family reached a $270 million settlement with Oklahoma over the opioid scourge.

On Monday, an Oklahoma judge found Johnson & Johnson responsible for fueling the state’s opioid crisis and ordered the maker of such familiar household products as Band-Aids and baby powder to pay $572 million to help clean up the problem.

It was the first opioid lawsuit brought against the industry by a state to go to trial, and activists expressed hope the verdict would turn up the pressure on other companies to settle.

Members of the Sackler family are major philanthropists who have given money to cultural institutions around the world, including the Smithsonian Institution, New York City’s Metropolitan Museum of Art and London’s Tate Modern. But in recent months, institutions have come under pressure to sever ties to the Sacklers and take the family name off their walls.