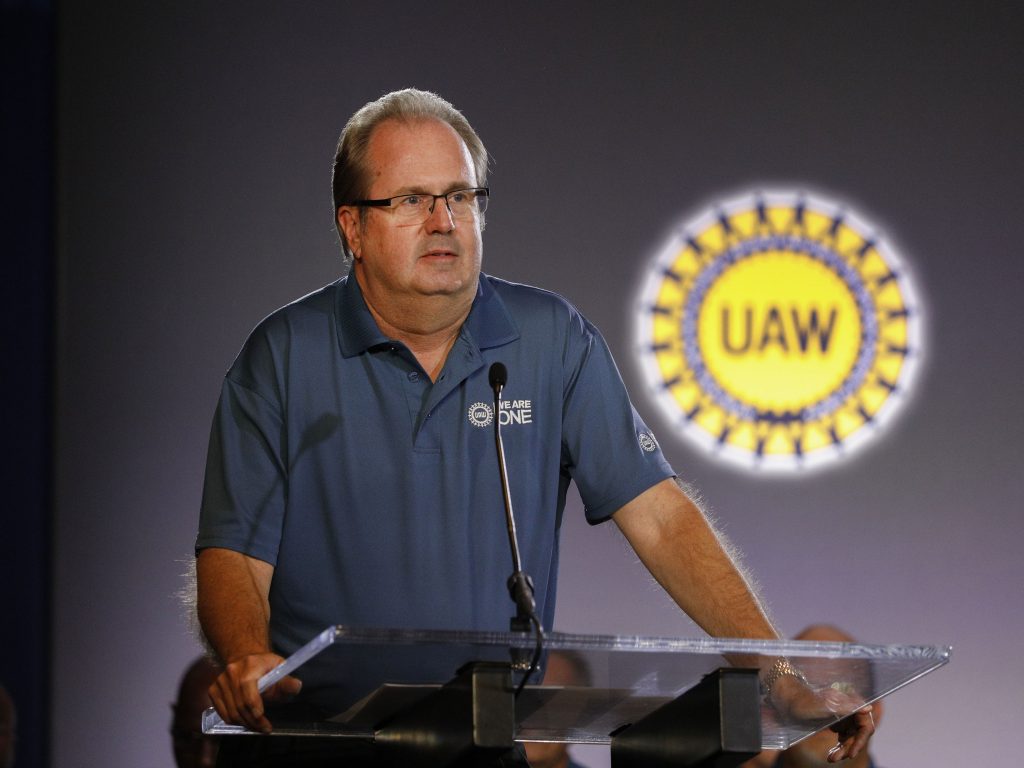 Federal agents on Wednesday searched the suburban Detroit home of the president of the United Auto Workers, apparently another step in a corruption investigation that has netted labor leaders and auto industry officials, and soiled the union’s reputation during contract talks with U.S. car companies.

The UAW criticized the extraordinary search of Gary Jones’ home in Canton Township, insisting it has fully cooperated with authorities.

“President Jones is determined to uncover and address any and all wrongdoing, wherever it might lead,” the UAW said in a written statement. “There was absolutely no need for search warrants to be used by the government today.

“The UAW has voluntarily responded to every request the government has made throughout the course of its investigation, produced literally hundreds of thousands of documents and other materials to the government, and most importantly, when wrongdoing has been discovered, we have taken strong action to address it,” the union said.

Eight people have pleaded guilty in an investigation of union officials and Fiat Chrysler executives, enriching themselves with money from a job training center in Detroit. The probe appeared to widen two weeks ago when a former UAW official was charged with accepting kickbacks from union vendors. Mike Grimes was associated with a UAW-General Motors training center.

For two years, the union has dealt with unflattering stories about senior leaders turning the UAW-Fiat Chrysler center into a personal piggy bank. The government said General Holiefield, who was responsible for negotiating with Fiat Chrysler on behalf of the union, had a $262,000 mortgage paid off in 2014. He died in 2015.

Norwood Jewell, who moved into Holiefield’s job, was recently sentenced to 15 months in prison. His plea deal listed $60,000 in meals and golf paid with training center credit cards. Credit cards also were used for more than $40,000 in purchases for Jewell and others.

Al Iacobelli, Fiat Chrysler’s chief negotiator against the UAW, also enjoyed the spoils and is serving a 5 ½-year sentence. He was ordered to repay $835,000.

Some blue-collar workers are skeptical about whether the union is representing their interests in current contract talks with GM, Ford and Fiat Chrysler. Contracts with the three expire on Sept. 14.

“Profit-laden auto companies stand to benefit from media leaks, false assumptions and political grandstanding,” the UAW said in response to the search warrants. “The sole focus of president Jones and his team will be winning at the bargaining table for our members.”