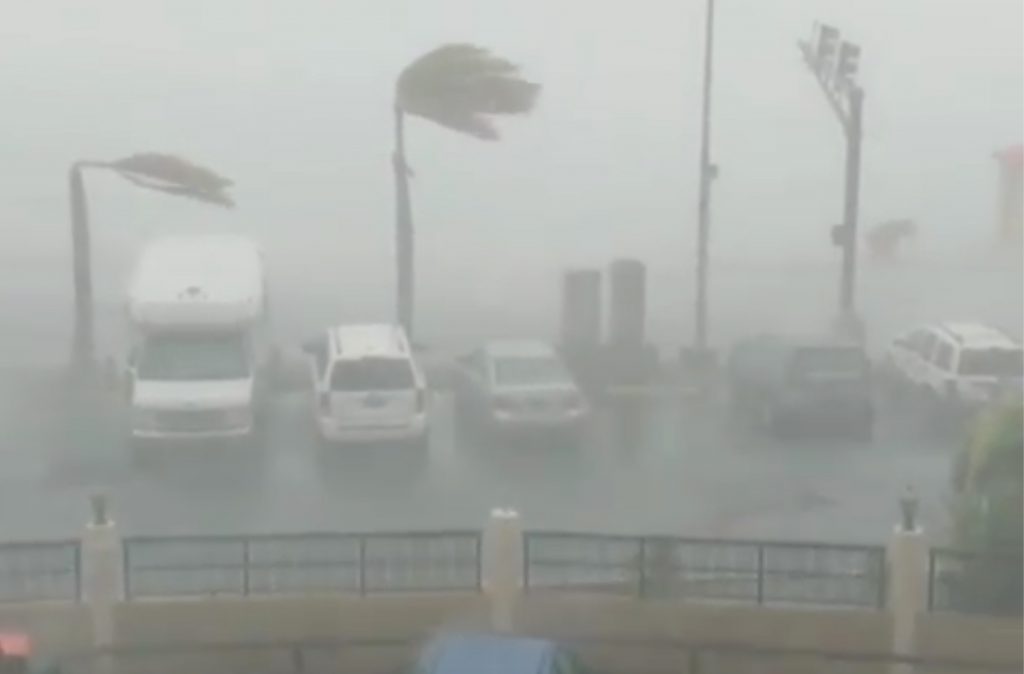 Hurricane Dorian caused limited damage in the northern Caribbean as it left the region and gathered strength late Wednesday, setting its sights on the U.S. mainland as it threatened to grow into a Category 3 storm.

Power outages and flooding were reported across the U.S. Virgin Islands, the British Virgin Islands and the Puerto Rican islands of Vieques and Culebra after Dorian hit St. Thomas as a Category 1 storm.

“We’re happy because there are no damages to report,” Culebra Mayor William Solís told The Associated Press, noting that only one community lost power.

Meanwhile, Dorian caused an island-wide blackout in St. Thomas and St. John in the U.S. Virgin Islands, and scattered power outages in St. Croix, government spokesman Richard Motta told the AP. In addition, the storm downed trees and at least one electric post in St. Thomas, he said, adding that there were no reports of major flooding so far.

“We are grateful that it wasn’t a stronger storm,” he said.

There were no immediate reports of damage in the British Virgin Islands, where Gov. Augustus Jaspert said crews were already clearing roads and inspecting infrastructure by late Wednesday afternoon.

The Hurricane Center said the storm could grow into a dangerous Category 3 storm as it pushes northwest in the general direction of Florida.

Dennis Feltgen, a Hurricane Center meteorologist in Miami, said Dorian may grow in size and could land anywhere from South Florida to South Carolina on Sunday or Monday.

“This will be a large storm approaching the Southeast,” he said.

People in Florida were starting to get ready for a possible Labor Day weekend strike, with county governments along Florida’s east-central coast distributing sandbags and many residents rushing to warehouse retailers to load up on water, canned food and emergency supplies.

“All Floridians on the East Coast should have 7 days of supplies, prepare their homes & follow the track closely,” Gov. Ron DeSantis said in a tweet. Later Wednesday, he declared a state of emergency for the counties in the storm’s path.

Dorian initially had been projected to brush the western part of Puerto Rico and the change in the storm’s course caught some off guard in Culebra and Vieques, both popular tourist destinations.

Earlier, Trump sent a tweet assuring islanders that “FEMA and all others are ready, and will do a great job.”

Dorian earlier caused power outages and downed trees in Barbados and St. Lucia and flooding in islands including Martinique.