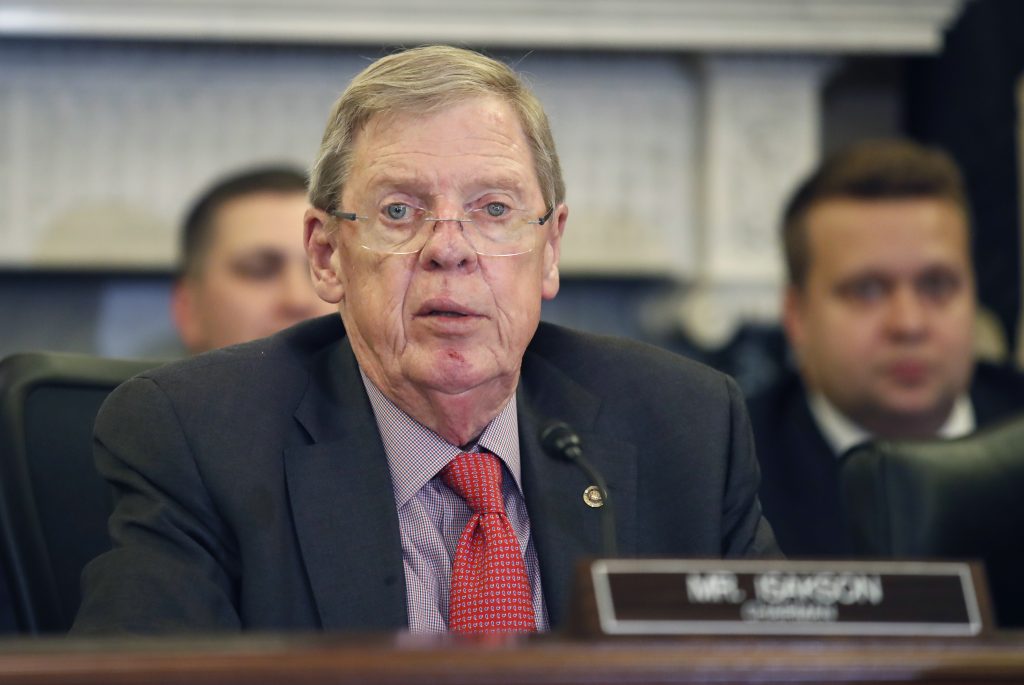 Facing health challenges, Republican Sen. Johnny Isakson of Georgia said Wednesday he will retire at year’s end, a departure that sets up a rare election in November 2020 when both of the state’s Senate seats will be on the ballot.

The 74-year-old lawmaker said he is leaving the job he loves because “mounting” health issues, including Parkinson’s disease, are “taking their toll” on his work, family and staff. He won a third term in 2016 and would have faced re-election in 2022 if he had run again.

“I have concluded that I will not be able to do the job over the long term in the manner the citizens of Georgia deserve,” Isakson said in a statement. “It goes against every fiber of my being to leave in the middle of my Senate term, but I know it’s the right thing to do on behalf of my state.”

Isakson, who plans to return to Washington when the Senate resumes next month, was diagnosed with Parkinson’s in 2013 and suffered a fall in July, according to his office. Isakson had surgery in Georgia to remove a growth on a kidney.

Georgia Gov. Brian Kemp, a Republican, said he would appoint Isakson’s replacement “at the appropriate time.” The senator will step down in December.

The ballot in November 2020 will feature a special election for the remaining part of Isakson’s term as well as for six-year term of the Senate seat now held by Republican David Perdue.

Republican strategists were suggesting that former White House official Nick Ayers, who returned to Georgia, could be considered for the appointment. Other Republicans, including statewide elected officials and members of Congress, including Reps. Doug Collins and Tom Graves, could be seen as candidates.

One prominent Democrat, Stacey Abrams, “will not be a candidate,” a spokesman said on Twitter. Abrams, who was being wooed to run against Perdue, will continue to focus on voter access issues in Georgia and across the nation.