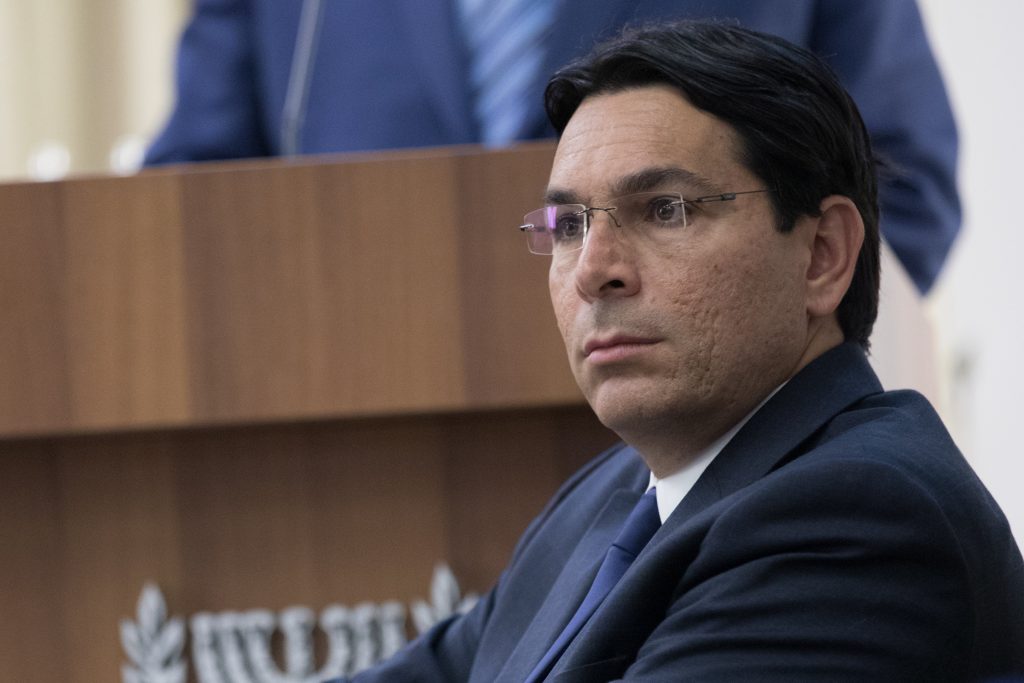 Israeli Ambassador to the U.N. Danny Danon filed a letter of complaint with the Security Council on Wednesday, demanding that the international body take action against Iran.

Danon cited the attempted drone attack from Syria over the weekend, noting that it was neither the “first nor the second major Iranian attack intended to escalate the security situation in the region, guided by Soleimani and the Quds Force.”

He added that the Syrian regime has been complicit in the hostile Iranian operations, and said “it is imperative that the Security Council acknowledges Syria’s responsibility in this regard and hold it accountable.”

The Israeli ambassador called the international community “to make it clear to Iran, in the clearest terms possible, that it will not tolerate its regional malign activities including its central role in supporting terrorism.”

In a separate missive sent on Tuesday to the U.N. Under-Secretary-General on Children and Armed Conflict, Virginia Gamba, Danon, asked for her department’s report on last week’s murder of 17-year-old Rina Shnerb, Hy”d, as well as the incident in which 19-year-old victim Dvir Sorek, Hy”d, was murdered weeks before.

“Rina Shnerb had just celebrated her 17th birthday a week prior to the incident,” wrote Danon. “Rina was making her way to a spring, accompanied by her father and her 19-year-old brother, Dvir, when an explosive device that had been hidden in the ground by terrorists detonated, leading to her death. This ruthless attack occurred several days after a 19–year-old yeshiva student [Dvir Sorek] was stabbed to death while making his way home after Torah studies.”

He concluded by exhorting officials to “do your utmost to curb such horrific acts of violence, and also ask that you include such incidents in the Secretary General’s annual report.”