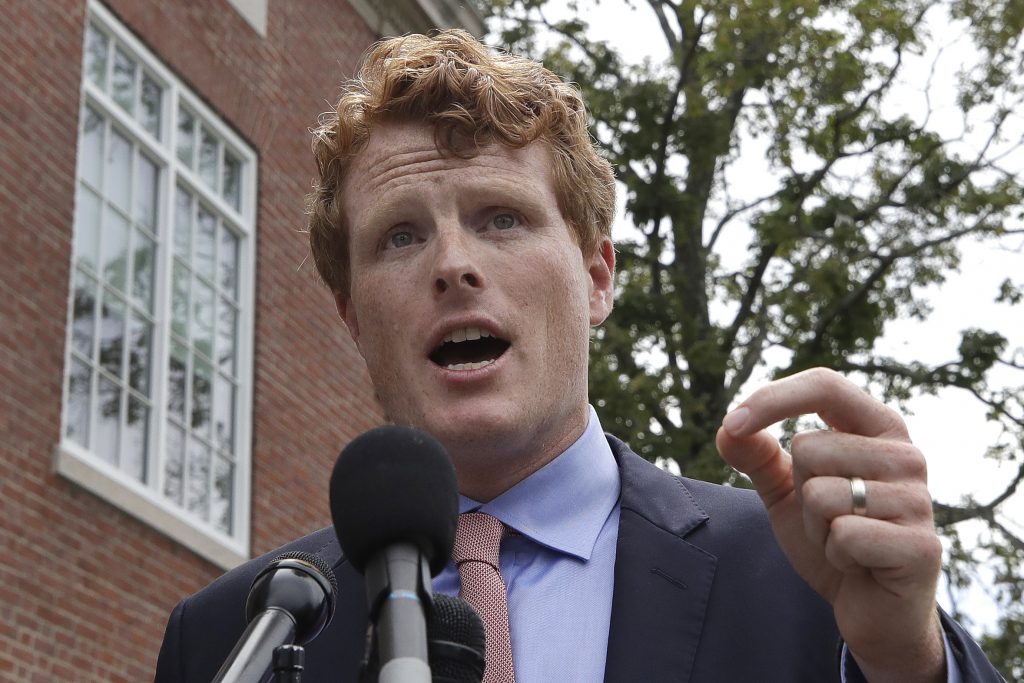 In his first comments to reporters since floating the idea of challenging incumbent Sen. Edward Markey in the 2020 Democratic primary, Massachusetts Rep. Joe Kennedy said he’s got new ideas and a new approach, but offered few specifics.

Kennedy told reporters Tuesday he hopes to make a final decision “sooner than later.” He steered away from directly criticizing Markey.

“Sen. Markey is a good man,” Kennedy said before visiting a fire station in his hometown of Newton. “I think I’ve got new ideas and a new approach and if I get into this race, that’s what this race will be about.”

The 38-year-old Kennedy filed a statement of candidacy Monday with the Federal Election Commission, but has stopped short of formally declaring he is running.

Kennedy on Tuesday trained most of his criticism on President Donald Trump, but said government was broken even before Trump was elected. He said his priority is focusing on ways to heal the country’s fissures and fractures.

“Our country and the Democratic Party and everybody else has to be responding to those fissures that gave him rise in the first place,” said Kennedy, a grandson of Robert F. Kennedy.

The 73-year-old Markey has said he’s running for re-election no matter who else gets into the race. He’s seeking a second full term in the Senate after spending decades representing the state in Congress.

On Tuesday, Markey released a list of 116 current Massachusetts state senators and representatives he said have endorsed his reelection campaign — including Senate President Karen Spilka and House Speaker Robert DeLeo, both Democrats.

“The people of Massachusetts have always been at the forefront of the challenges of our time — universal health care, …earned sick time, equal rights — and I want to continue leading those fights in the United States Senate,” Markey said in statement accompanying the release.

Kennedy, who is in his fourth term in Congress, didn’t offer a deadline for a final decision on whether he will run for Senate or not, saying it would take as long as it takes.

“I don’t think anybody enjoys going through that decision making process, so the sooner the better,” Kennedy said. “It depends on me getting comfortable with the decision one way or another and I don’t intend to prolong that any longer than is necessary.”

Massachusetts Sen. Elizabeth Warren, one of the party’s leading presidential candidates, endorsed Markey in a video last week, calling him “a true progressive.”

Much of the rest of the state’s all-Democratic congressional delegation has also lined up behind Markey, with the exception of freshman Rep. Ayanna Pressley.