Israel Netanyahu to Iran, Hezbollah: Israel Knows How to ‘Pay Back’
Israel 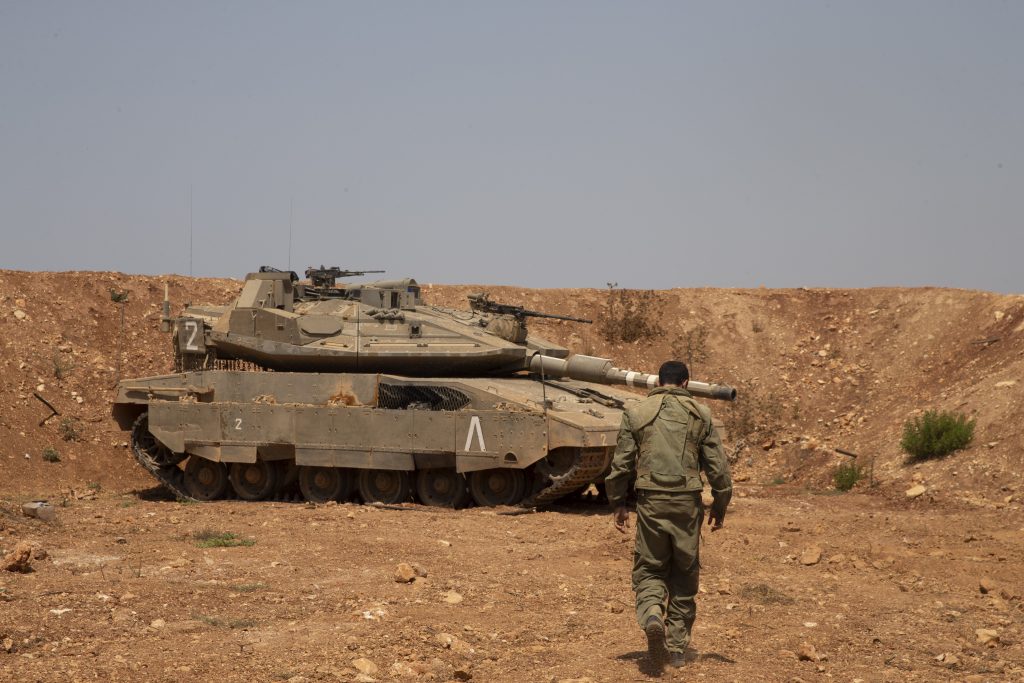 Prime Minister Binyamin Netanyahu on Tuesday warned Iran and its Lebanese Shiite proxy, the Hezbollah terror group, that Israel “knows how to defend itself and how to pay back its enemies.”

Netanyahu’s remarks came in response to Hezbollah leader Hassan Nasrallah’s threats to retaliate against an Israeli airstrike in Syria that killed two Hezbollah members. Netanyahu said he heard the threats saying: “I suggest that Nasrallah relax.”

He also sent a message to Iranian Gen. Qassem Soleimani, whom Israel accuses of masterminding a drone attack from Syria that it thwarted with its airstrike.

Israel and Hezbollah fought a month-long war in 2006. The Israel-Lebanese border has been mostly calm since then.

Tensions with Lebanon have been rising after Beirut said Israeli drones attacked a Palestinian base in the country’s east on Monday. The strike in eastern Lebanon came a day after an alleged Israeli drone crashed in a Hezbollah stronghold in southern Beirut while another exploded and crashed nearby.

Israel has not commented on either event.

In a speech on Sunday, Nasrallah accused Israel of carrying out an attack with an exploding drone.

“I say to the Israeli army on the border from tonight, stand guard [on high alert]. Wait for us one, two, three, four days,” said Nasrallah.

Meanwhile, the Russian Foreign Ministry said Tuesday that Lebanese Prime Minister Saad Hariri called Foreign Minister Sergey Lavrov, asking him to use his “influence to prevent a further escalation of tensions between Israel and Lebanon.”

According to Hariri’s office, Hariri told Lavrov that the attack in southern Beirut was “a dangerous act and aggression” and that he’s counting on Russia’s role to “avoid more escalation and tension and to send [a] message to Israel to stop violating Lebanese sovereignty.”