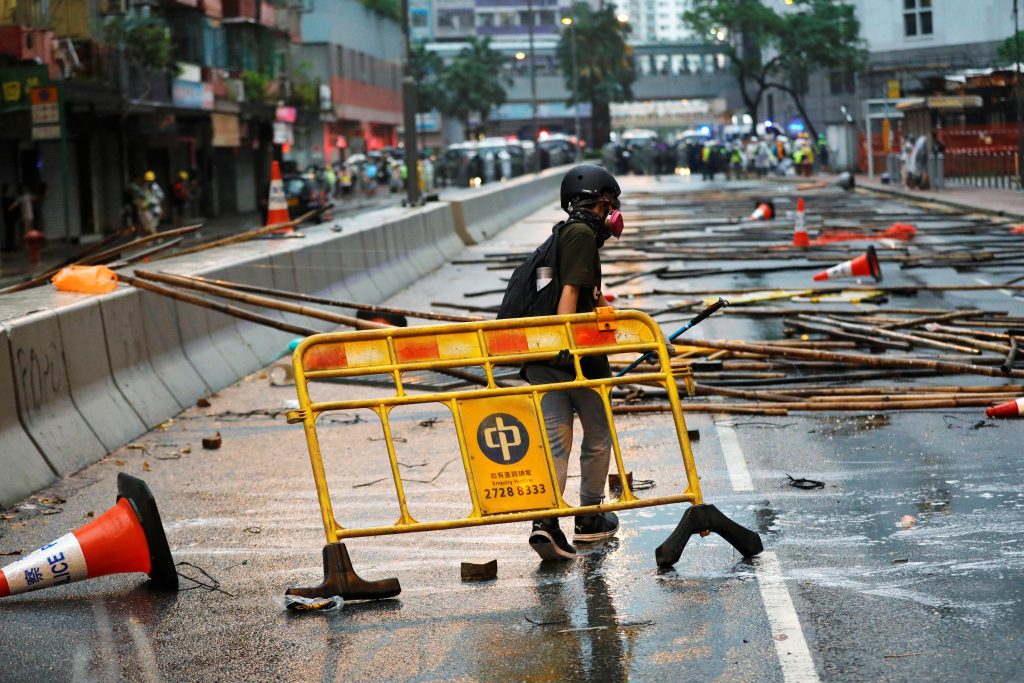 Hong Kong leader Carrie Lam said Tuesday that she has met with a group of young people about ongoing pro-democracy protests, but she showed no sign of budging on any of the protesters’ demands.

Lam said she explained the government’s position on the five demands of the protest movement at the Monday meeting, which was closed-door and unannounced. She disputed criticism that her government is ignoring the protesters, whose demands include democratic elections, the dropping of charges against arrested protesters and an independent inquiry into what they believe is excessive use of force by police to quell the demonstrations.

Hong Kong, a semiautonomous Chinese territory, has seen more than two months of youth-led protests that have often ended in clashes with police. More than 80 people were arrested this past weekend after protesters occupied city streets. They built barriers across the roads and threw bricks and gasoline bombs to try to block the police advance.

Lam announced last week that she is creating a platform for dialogue and said Tuesday that it would include protesters. Opposition lawmakers have questioned the sincerity of her initiative, calling it a delay tactic.

The education and home affairs ministers also took part in Monday’s meeting. The South China Morning Post, citing an unnamed source, said about 20 people took part and that they were mostly in their 20s and 30s.

Lam dismissed any suggestion of her resignation, telling reporters Tuesday that a responsible chief executive should continue “to hold the fort and do her utmost to restore law and order in Hong Kong.”